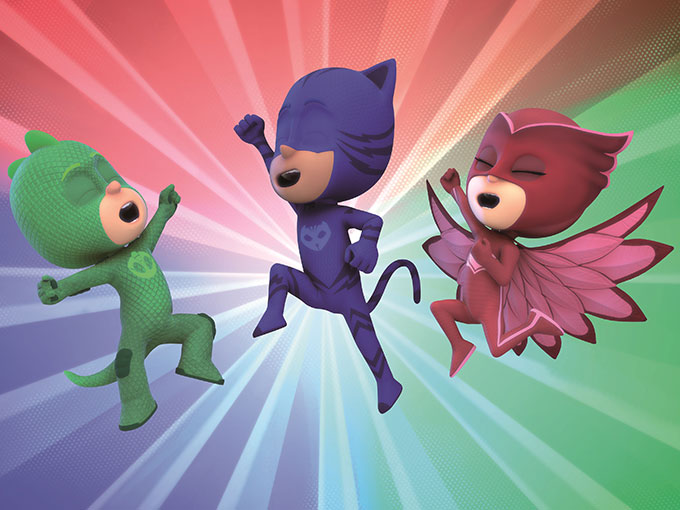 eOne has appointed France TV Distribution as the French licensing agent for its preschool series. The pair is planning a January retail launch.

FTD, eOne and Giochi Preziosi are now cueing up the toy launch at French mass market and specialty outlets for January 2017. The initial assortment will include action figures, playsets, vehicles, plush, dress-up and role-play based on PJ Masks and its lead cast of characters.

The franchise recently expanded its retail efforts in North America with coloring and activity books and a merchandise launch in the UK. And PJ Masks’ recently released app Moonlight Heroes has scored two million global downloads since its June launch.

In France,PJ Masks (52 x 11 minutes), which airs on Disney Junior and France 5 in the territory, is reaching an average of 390,000 viewers or 7.2% of kids over four and 19.3% of four to 10s. The show follows three six-year-olds, Connor, Amaya and Greg, who put on their pajamas and transform into crime-fighting superheroes.