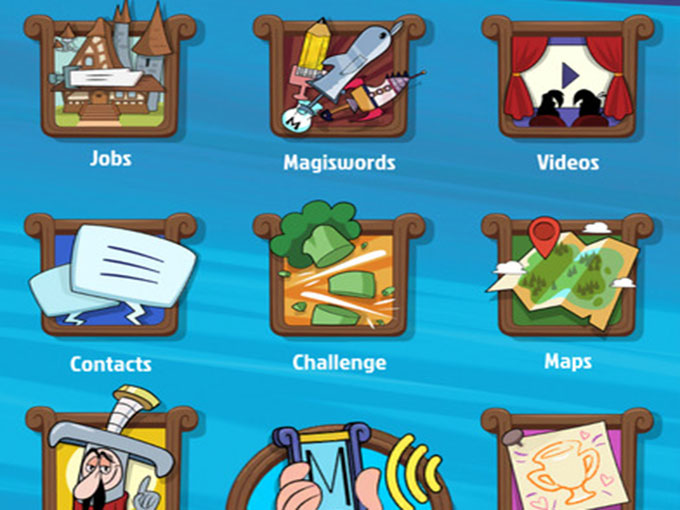 With 400 pieces of original content under its belt, Cartoon Network's mico-series has a new companion app that lets users build their own sword collections.

Cartoon Network is continuing to drive digital experiences for its Mighty Magiswords property with the launch of MagiMobile, an immersive app that encourages users to build their own collection of swords.

While watching an episode of Mighty Magiswords on TV, a user can tap their mobile devices to allow the MagiMobile app to sync with the series. The app then rewards users with a virtual Magisword from that specific episode.

MagiMobile is also home to exclusive five-minute, choose-your-own-adventure minisodes, where users can select a character’s Magisword to determine the outcome of the story. Plus, those participating in these narratives will benefit from a new Magisword added to their collections.

There are also a host of activities that allow fans to explore locations from the show, engage with a cast of characters and embark on quests. All of these activities can also unlock additional Magiswords.

MagiMobile was conceived at the onset of the Mighty Magiswords series development process. The 15-second Cartoon Anything app mainstay launched last year as CN’s first original digital series, and bowed in the US as an 11-minute TV show in September.

Produced by Cartoon Network Studios and created by Kyle A. Carrozza, Mighty Magiswords follows an outgoing brother and sister team of warriors, whose coveted collection of Magiswords can fly, toss tomatoes and spit seeds. In total, Mighty Magsiwords now includes more than 400 pieces of original content, including interactive shorts, narrative vlogs hosted by the warriors and a number of digital games.