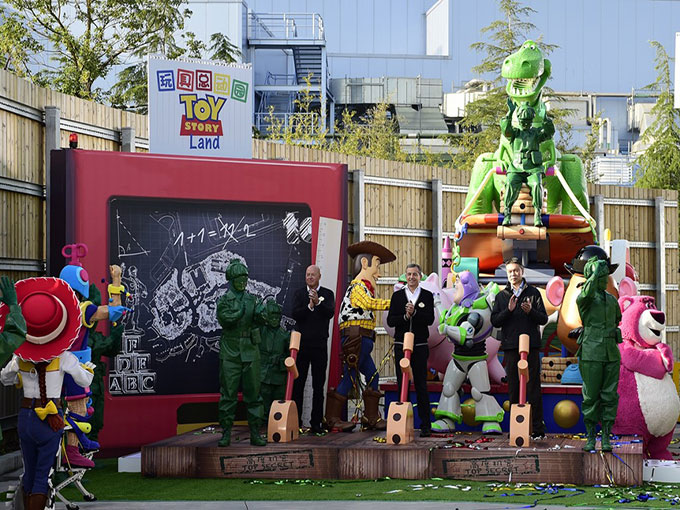 Disney and Shanghai Shendi Group have broken ground on the land, which represents a strategy to bring more themed offerings to Mainland China.

Disney is pouring more assets into its five-month-old Shanghai theme park, with plans for a Toy Story-themed land currently in development.

Marking the seventh themed land for the Mainland China park, construction has begun on the space courtesy of Disney and Shanghai Shendi Group.

When it opens in 2018, the land will be both authentically Disney and distinctly Chinese, allowing guests to enter the backyard of Andy and feel as if they’ve been shrunk down to the size of Toy Story toys.

The newly announced Toy Story Land is part of an accelerated expansion plan for the first phase of the theme park, and more new experiences are expected to be announced in the coming months.

The Toy Story franchise has already been resonating with Chinese guests to the park, as Shanghai Disney Resort currently has the only Toy Story-themed resort hotel in the world. Plus, the park is already home to the Buzz Lightyear Planet Rescue attraction.

The expansion indicates a growing consumer demand for themed attractions in Mainland China, and it also marks a move on Disney’s part to compete against Dalian Wanda Group, its ongoing theme park rival in the region.

In May, Wanda Group completed the first phase of its US$3.3-billion plan to topple Disney for worldwide theme park supremacy with the opening of the first Wanda Cultural Tourism City in the Eastern Chinese city of Nanchang, Jiangxi Province. With daily accommodation for 30,000 tourists, the city expects to attract 10 million visitors annually and provide 20,000 local jobs.