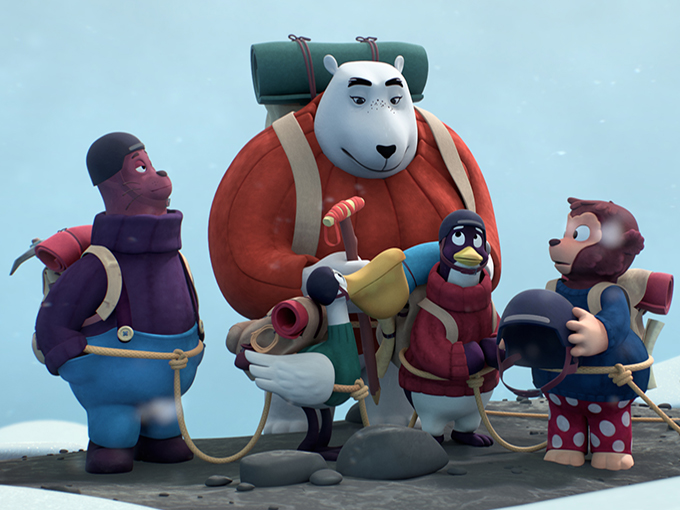 Classic Danish children’s book series Rasmus Klump, first published as a series of comic strips in 1951, has gone on to sell more than 30 million copies worldwide. Its lead character has also found fans in countries all over the world. Licensed products, restaurants and even theme park rides inspired by the book series have been popping up everywhere from Denmark to Japan over the last 60 years. Now, seeking to update the property, Germany’s Studio Soi, publishing giant Egmont and German pubcaster ZDF have teamed up for new CGI preschool series Klump.

The 26 x 12-minute series follows bear cub Rasmus Klump and his friends as they travel the globe and seek adventure to learn about different countries, cultures and the importance of friendship and teamwork.

Sylvest believes Klump has a distinct point of difference to other preschool IPs in the market. “When you look at the majority of preschool properties, they take place in one setting,” he notes. “Klump, however, takes place all over the world, which puts us on a completely different playing field.”

The goal is to see products targeting kids four to seven hit mass retail as the show bows on screens. Timing is still to be determined as Studio Soi decides whether it will partner with an SVOD heavy-hitter like Amazon or Netflix to debut the series digitally or sign agreements with a number of broadcasters in different countries. ZDF is handling distribution in Germany, and the first season will be completed in December.