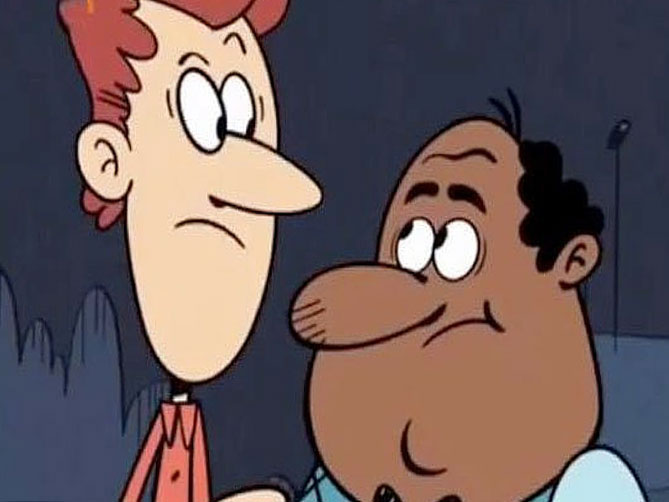 For Nickelodeon consumer insights EVP Sujata Luther, the most surprising takeaway from the net's new Story of Me 2 white paper is that today's kids are inherently friendly and accepting.

Fifty million. That’s how many kids under the age of 11 are currently living in the US. Commonly referred to as Generation Z, this cohort is physically, emotionally and technologically different from all of its predecessors—and a new Nickelodeon white paper has the data to back that observation up.

Poking holes in Gen Z’s common depiction as a self-absorbed, introverted group, key findings in the network’s new Story of Me 2 study include the fact that children consider digital friends, whom they have never met, as being part of their social circles. In fact, kids have never met a whopping 60% of their Facebook friends IRL (in real life).

The study, a follow-up to the inaugural November 2013 Story of Me initiative that blends Nickelodeon quantitative and qualitative data with third-party public studies, points to a more tolerant generation of kids.

“The biggest differences between 2013 and today is the whole notion of kids being inclusive and accepting of different people. Kids were once taught to be tolerant. Now it’s almost part of who they are in terms of acceptance and inclusiveness,” says Sujata Luther, EVP of consumer insights at Nickelodeon. “That is definitely one of the biggest findings from the study. Children have a seamless authentic response to people in that they are color-agnostic.”

Perhaps it’s because bi-racial children ages zero to 11 now represent nearly 17% of the US population. And by 2019, the majority of under-11s will be non-white. Also, 10% of kids are living with their grandparents, who play a significant role in supporting them emotionally and financially. In fact, 30% of boomer grandparents are funding their grandchildren’s educations, vacations and after-school lessons.

Furthermore, the study indicates that 26% of kids today live with just one parent, and 7% live with co-habiting non-married parents.

Traditional families also have different compositions from days’ past. A full 30% of millennials are now parents, which has ushered in a sharp increase in stay-at-home dads (16% versus 10% 15 years ago).

This generation of kids is also closer to their parents, who view their kids as their best friends and are greatly influenced by them, with 83% of parents saying kids should have a say in family decisions. Also, mom (78%) and dad (58%) are kids’ top two chosen role models, with grandparents (26%), YouTube stars (19%) and teachers (18%) rounding out the top five.

In terms of common stresses, kids worry most about school and getting good grades. Secondly, they focus on their parent’s safety, parents losing their jobs and the family’s financial situation. Additional concerns are self-focused around cyber popularity, appearance and bullying. Finally, school safety is a cause for anxiety and is a reflection of kids’ awareness of safety issues in the world.

“There is a porous bubble of security today. Kids are seeing war and terrorism and witnessing it as it happens, which is causing them to be stressed out,” Luther says. “The internet plays a big part in gaining exposure. We see that as being a difference.”

Digitally speaking, 40% of three- to 11-year-olds own their own tablet, and 17% have their own smartphone. As kids grow older, there is a shift from content consumption to content creation. Eight- to 15-year-olds have embraced a “maker” mentality, and if something doesn’t already exist, they will create it.

This trait also contributes to kids’ surprising interests in being entrepreneurs: 69% of those surveyed said, “I really want to start my own business someday.” Perhaps making that happen will be the 48% of respondents who said they have done coding.

So how is this generation affecting—and consuming—new forms of content? Luther says Nickelodeon is continuously shaping its shows and digital services to meet the changing face of its viewers. For one, original series The Loud House (pictured, which was just greenlit for a third season) features a bi-racial gay couple. And the main character in new Nick series Sunny Day isn’t only  a hairdresser, she owns her salon, notes Luther.

“We tell our marketing team that kids want to have a say and have a vote. We invite kids on our website to tell us what they want to see and then we embed that,” Luther says. “Embracing differences and including the family (and not talking down to children) can be translated into content delivery and how we reach them.”