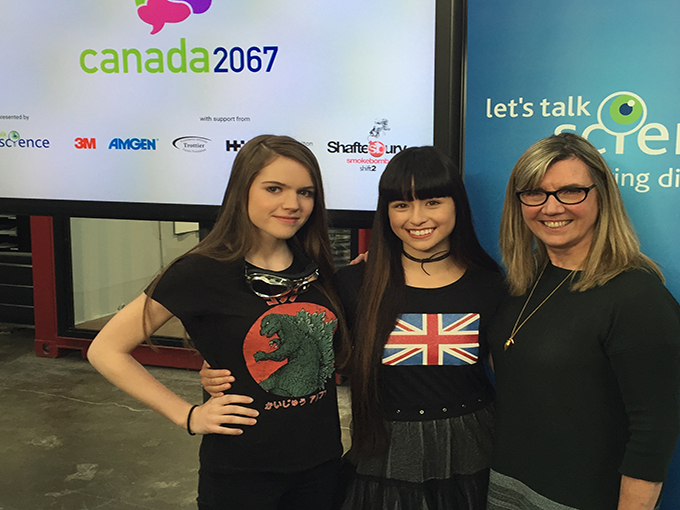 With production set to begin early next year, the digital series targets girls ages eight to 12 and follows 15-year-old Charlotte who, after discovering web design and programming at summer camp, inspires her group of friends to use science and engineering to help navigate school life.

Emerald Code, which stars newcomers Anwen O’Driscoll and Star Slade, will premiere on YTV.com in 2017, before making its linear premiere on YTV at a later date.

The series announcement coincides with the official launch of Canada 2067, a two-year nation-building initiative presented by Let’s Talk Science that aims to help Canadian youth adapt and prepare for the rapidly changing education and career landscape by enhancing student access to science, technology, engineering and math.

Emerald Code was introduced yesterday at an official kick-off event for Canada 2067 called STEM: Past, Present and Future at Shaftesbury’s new state-of-the-art studio and office space in Toronto.

South of the border, Netflix recently partnered with Girl Scouts of the USA on a STEM Superstars online resource guide for girls, which ties in with Project Mc2, Netflix’s original STEM-inspired series from MGA Entertainment.