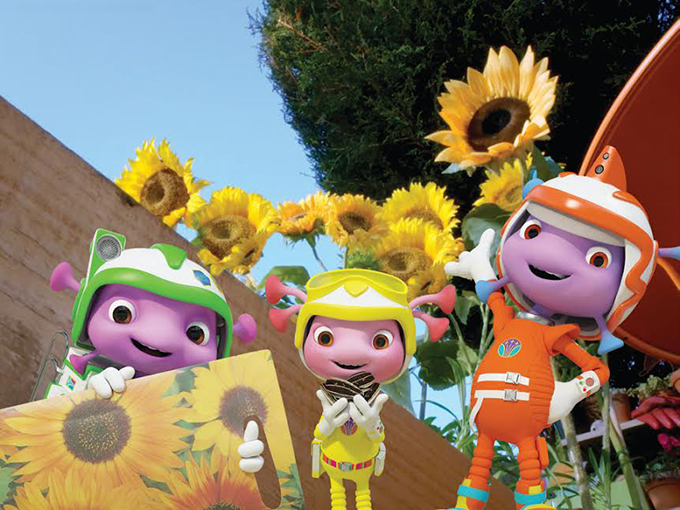 The alien-themed preschool series is heading to ABC Australia, Italian nets Cartoonito and DeAJunior, as well as to BBC Alba.

The 52 x 11-minute series, which launched on US preschool net Sprout earlier this year, will be available on ABC (Australia), Cartoonito (Italy), DeAJunior (Italy) and BBC Alba (Gaelic-speaking UK). Additionally, an agreement was inked with NCircle for the show’s North American DVD rights.

Featuring a trio of tiny aliens on a mission to observe and experience Earth, Floogals mixes photo-real CGI and live action. It is based on the original concept from Dan Good and developed by Zodiak Kids Studios UK in conjunction with UK-based special effects studio Jellyfish Pictures, along with strategic investment partner Nevision Limited.

Current licensees for the property include master toy partner Just Play (the US and Canada), Jay Franco (bedding, homeware in the US) and Custom Personalization Solutions (bespoke online products).