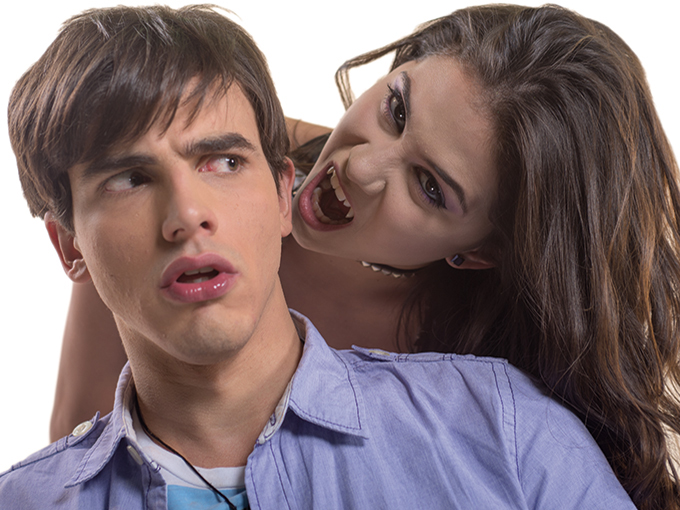 “It’s a combination of things. One, the series, which is co-produced by Colombia’s Televideo, is very well-written and produced. Another reason for its success is the idea that vampires can be funny. Some people said, ‘You’re late, Twilight is passé.’ Whether Marcela did it on purpose or not, I think the level of comedy is at least as important as the romantic story that grows throughout the series,” says Orive.

“It means it’s more gender-neutral than a traditional telenovela, and the journey is just as important as the destination, which allows for better repeat viewing.”

“With Violetta, the ground became more fertile for telenovelas, so when that show’s run ended in France last year, we saw an opportunity to push Chica Vampiro,” he says. “Despite never airing 40-minute episodes, a daily broadcast in the telenovela genre, or a telenovela in primetime, Gulli decided to go with it.”

Since premiering in August 2015, the series averages 500,000 daily viewers ages four and up for the French net.

Additional achievements in the region include a platinum CD from TF1 Music, a sold-out live concert tour, a brand-new 16-city Vampitour planned for October, eight bestselling books and a 52-minute docu-special that Gulli will air in November.

Launch coordination While the brand takes off, one of the challenges, according to Orive, is timing the rollout of the series with the live-cast concerts and promotional appearances, as well as the consumer product launches.

“For example, the series debuted in Italy in 2013, and two years later in France, so we had to send the cast from Colombia and Argentina to those countries twice, which isn’t cost-efficient. For the next season, we’re planning for a simultaneous European launch,” he says.

What’s next Looking at other assets, Orive says discussions are underway for an English version of the series for the North American market, four standalone TV movies are in the works for 2017, and an 80 x 45-minute second season is close to being greenlit. Also on the table are potential broadcast sales to Brazil, Mexico, Russia, Turkey, Hungary, Ukraine, Germany, Austria, Switzerland, Scandinavia, Spain, Greece, India and China, along with a YouTube channel and SVOD growth in France.