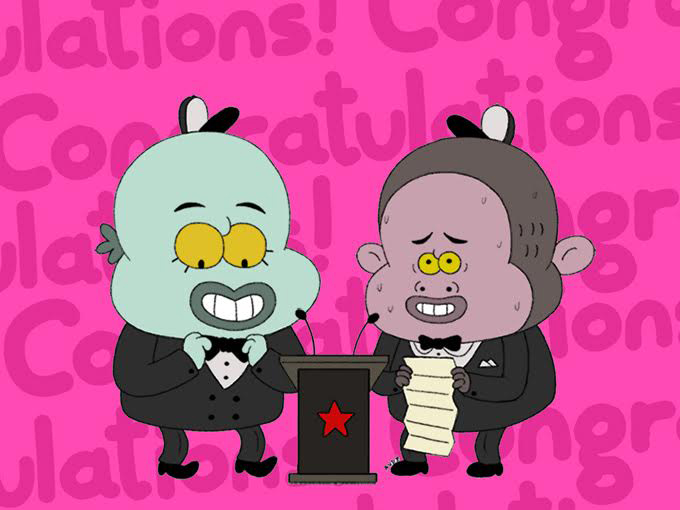 Canadian creator Andy Greiling will adapt his characters for a pilot, after winning the Shaw Rocket Fund and Wildseed Studios inaugural competition.

By Wendy Goldman Getzler
Animated character concept Sonny & Bently from creator Andy Greiling has been deemed the inaugural winner of Startoon, an animation talent show and IP development initiative from Canada’s Shaw Rocket Fund and UK digital incubator Wildseed Studios.
Whittled down from a crop of 90-plus audition characters, Sonny & Bentley has earned Greiling US$19,000, which will be used to produce a short or pilot featuring the characters.

Earlier this summer, Canadian creators were tasked with developing an animated character for kids ages six to 11. By competing in three elimination challenges that encouraged creators to display their characters’ personalities along with the creator’s own talent, initial audition characters were culled down by a jury that included DHX Studios’ VP of development and current series Stephanie Betts, Brandon Lane, production executive of original programming at TELETOON and Cartoon Network Canada, Kids’ CBC executive in charge of production Drew Mullin, and Lucy Murphy, head of kids content at Sky.