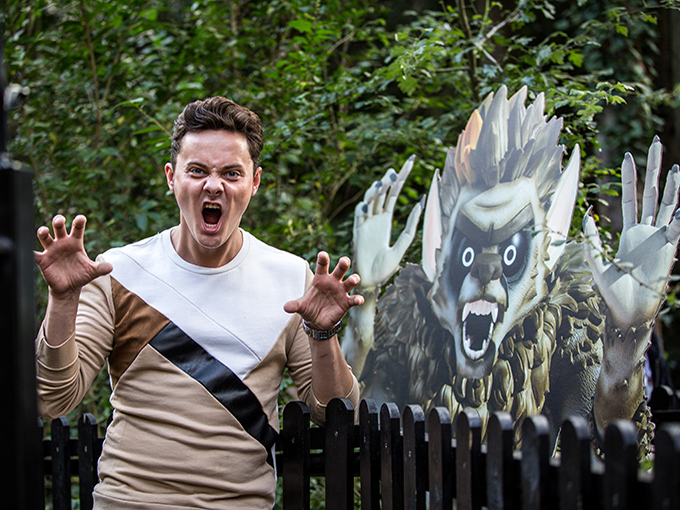 The Coolabi-produced CBBC series and the UK resort have launched a cross-category campaign based on the park's October Howl’o’ween event.

The partnership—a first for both companies—is built around Chessington’s Howl’o’ween event and the launch of new Scream Street episodes on UK pubcaster CBBC.

Throughout the month of October, Scream Street will put its stamp on Chessington with park rides like the Vampire Roller Coaster and restaurants including the Vampire’s Burger Kitchen. The cross-category partnership will run in the park, its restaurants and at the Chessington Safari Hotel and Chessington Azteca Hotel. Scream Street books will be placed in Howl’o’ween package bedrooms, plus branded goody bags can be won by guests who unlock their secret safes. Plus, Scream Street activity sheets and branded pens will be given to Merlin Annual Pass holders staying in the hotels.

Interactive on-site activities, ticket offers and bespoke limited edition products and prizes will also be available to fans as part of the partnership.

Script-writing workshops will be offered to school groups visiting Chessington, where students will be encouraged to invent their own monsters and write scripts with guidance from experts, including an instructional video from Scream Street showrunner Giles Pilbrow.

To support the campaign, a Scream Street Howl’o’ween kids go free at Chessington offer, with redemption via a creative advertising campaign, has been placed in 11 kids print titles, including First News, Nat Geo. for Kids, Toxic and Girl Talk.

Scream Street launched in October 2015 and is based on the book series of the same name by Tommy Donbavand. In addition to new episodes airing on CBBC, new TV tie-in books have also recently launched.