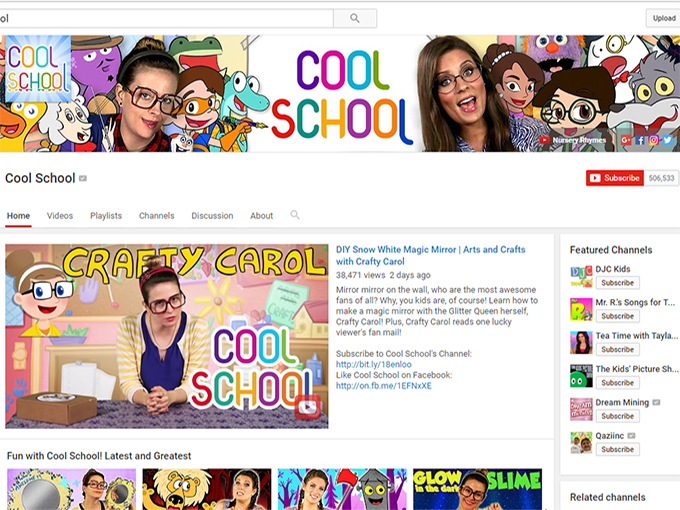 Driver Digital’s hit YouTube channel is home to a number of children’s programs, including the live-action Crafty Carol and the animated Nikki’s Wiki.

Cool School is home to a range of programs including the live-action shows Story Time with Miss Booksy—featuring a kooky teacher who brings children’s stories to life—and Crafty Carol, which exhibits arts and craft projects. Cool School also features animated programs like The Adventures of Drew Pendous and His Mighty Pen Ultimate and Nikki’s Wiki.

Cool School’s roughly 350 videos have garnered more than half a billion views, and Driver Digital has actively partnered with companies like Hasbro and Fox Pictures on brand integrations involving the channel. Recently, Driver Digital expanded its user-generated content pact with Mattel Creations to bring the Thomas the Tank Engine brand further into the digital space.

Headed by Danny Simon, The Licensing Group is an international licensing and merchandising agency specializing in entertainment, lifestyle and corporate properties.