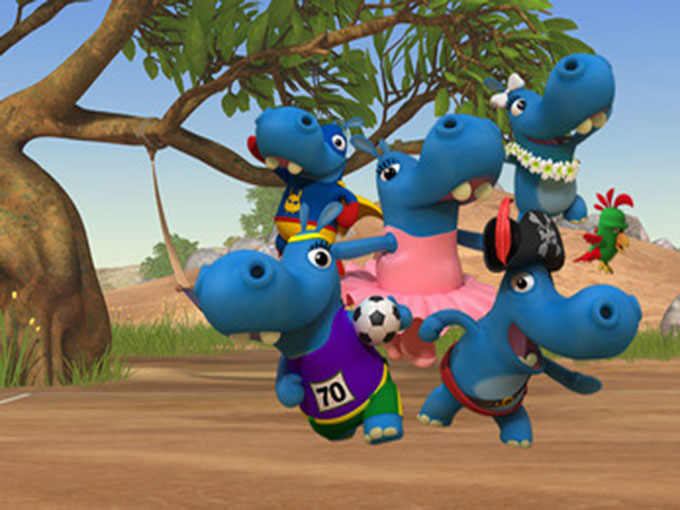 Short-form, non-dialog series The Happos Family will air on Boomerang worldwide beginning next month, starting with EMEA and APAC.

The 20 x two-minute non-dialog series will air on Boomerang worldwide beginning next month, starting with EMEA and APAC.

Created in partnership with Italian corporation Ferrero and UK animation house Spider Eye, the series follows the Happos, a family that lives in an enclosure in a European safari park. When the last car races out of the park and the gates are shut to all visitors, the Happos jump up out of the mud, wake up from their snoozing and embark on zany adventures.

Each of the 20 episodes centers on one of 10 costumed Happos—from Astro Happo to Stunt Happo. The characters will also extend to a variety of interactive digital platforms, including the web, games and YouTube.

The series represents Turner’s further commitment to bringing new original content to Boomerang both in the UK and internationally. Boomerang’s pipeline of originals also includes Wabbit and Bunnicula, which are produced by Turner’s sister company Warner Bros. Animation. Turner recently commissioned a sixth season of its EMEA-created hit series The Amazing World of Gumball for sibling channel Cartoon Network.