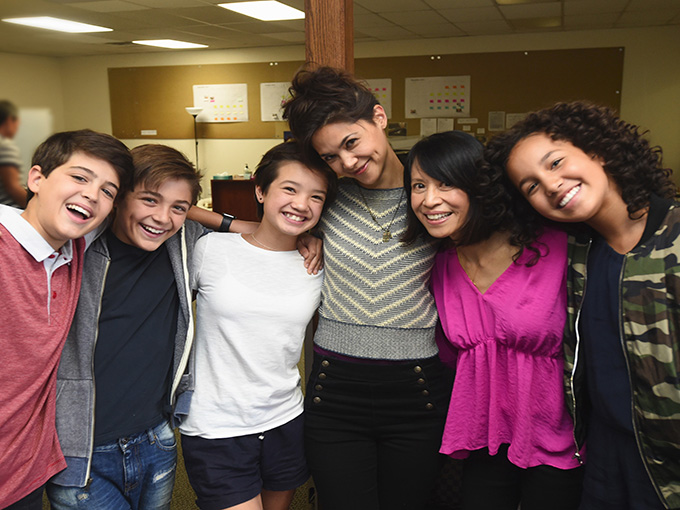 The single-camera coming-of-age series, which was greenlit last August, stars newcomer Peyton Elizabeth Lee (pictured, third from left) as 13-year-old Andi whose world turns upside down when her wayward older sister Bex (Lilan Bow, third from right) returns home to get her life together.

Sofia Wylie (Nicky, Ricky, Dicky & Dawn, So You Think You Can Dance) will also be joining the cast as Andi’s best friend Buffy.

The series, which will launch next year, is executive produced by Minsky and Michelle Manning (Disney Channel’s Adventures in Babysitting, Teen Beach 2). Phil Baker (Good Luck Charlie) is also on board as co-executive producer.