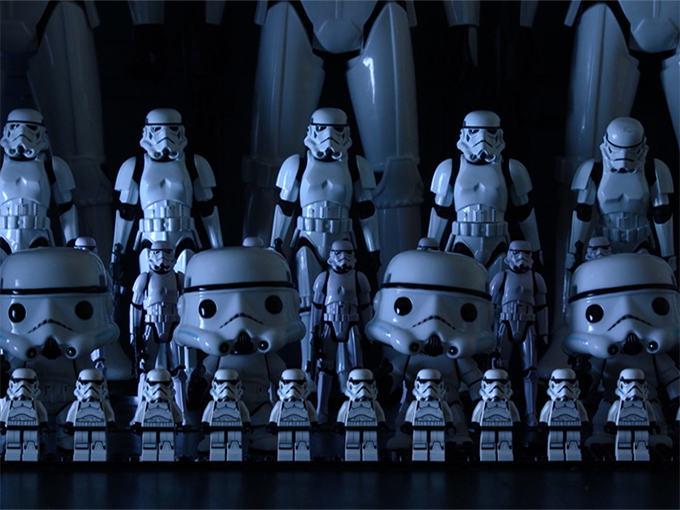 The new toy line for December's Rogue One: A Star Wars Story is being revealed in a series of stop-motion shorts on the brand’s YouTube channel.

The new toy line for the upcoming Rogue One: A Star Wars Story is being revealed in a series of fan-made animated shorts on the Star Wars YouTube channel.

A team of superfans—assembled in collaboration with Disney’s Lucasfilm and the creative network Tongal—wrote, directed and produced the original stop-motion shorts starring key toys from the new line. New shorts will be posted throughout September.

The toys highlighted in the shorts come from Hasbro, Lego, FUNKO, JAKKS Pacific, Mattel and Disney Store. Fans can pre-order a number of the products seen in the shorts at mass retailers, Disney Store locations and at disneystore.com beginning September 2. The full range of Rogue One and Star Wars products will be available globally on September 30.

The shorts are kicking off a global user-generated content contest that asks fans to Go Rogue and share their own Star Wars stories. Winning entries from around the world will be chosen by a panel including Rogue One director Gareth Edwards.

Beginning September 30, fans around the world can enter the contest at StarWars.com/GoRogue, while those ages eight to 12 in the US and parts of Canada can participate through Disney.com/MyRogueStory. The winners will be invited to attend a screening of Rogue One, which officially hits theaters on December 14, at Lucasfilm in San Francisco, where they will see their short story on the big screen.