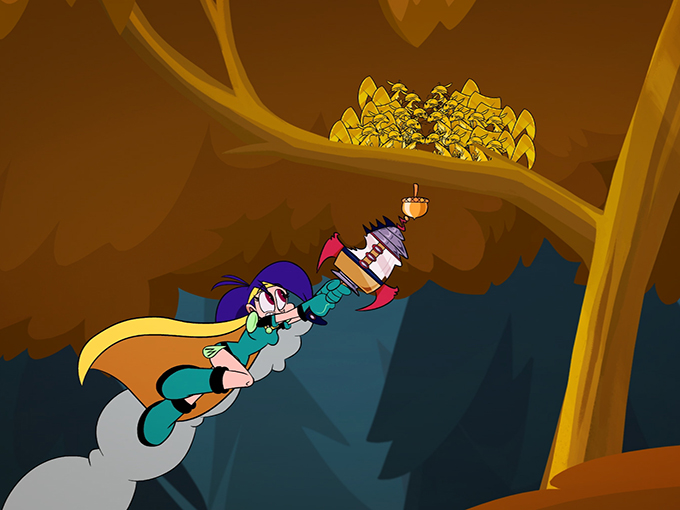 In a digital to linear play, Cartoon Network is expanding the world of Kyle A. Carrozza’s 15-second CN Anything app series Mighty Magiswords into an 11-minute TV series that will debut on the US net September 29.

A new companion app is set to launch later this fall that will help connect fans to more than 400 pieces of original Magiswords content, including interactive shorts, digital games and narrative vlogs hosted by the show’s main characters and “warriors for hire” Prohyas and Vambre.

The show’s heroes will also support the new series by appearing as on-air hosts to introduce Cartoon Network programs and events.

Prior to the launch of the premiere episode, “The Mystery of Loch Mess,” a sneak-peek  of the new long-form series will debut on the Cartoon Network app September 2.

Here’s a peek at the new series: