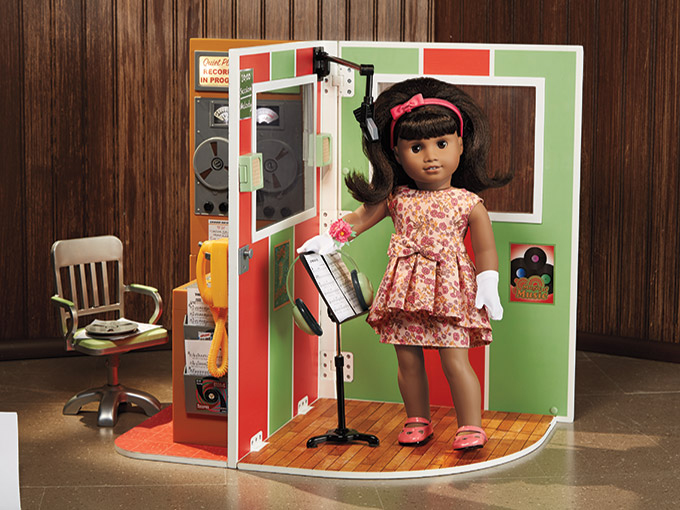 The two-year development process for the doll included a historical advisory board to ensure Melody accurately portrays a young girl growing up in Detroit during the civil rights era. She has also inspired a new live-action Amazon original special.

American Girl‘s newest BeForever character Melody Ellison debuts today with a wealth of history behind her—and an Amazon special in her future.

The Melody doll, a nine-year-old girl growing up in Detroit during the civil rights movement, took more than two years to develop and is now available in stores and online.

“It typically takes two to three years to create one of our historical characters, and Melody was no different,” says Stephanie Spanos, senior public relations manager for Mattel-owned American Girl. “And with our ethnic characters in particular, one of the first steps for us in developing this line about an African-American character was to establish an advisory board.”

The board—made up of six experts in the history and culture of Detroit in the 1960s—was consulted throughout the development process to ensure not only historical accuracy but also the cultural authenticity of Melody’s story and consumer products lineup. Everything from Melody’s clothes to her accessories was carefully considered, Spanos says.

The attention to detail hasn’t been lost on Amazon, which is readying the original live-action special Melody, 1963: Love Has to Win, an American Girl Story for a fall premiere on Prime Video.

The SVOD has tapped Marsai Martin (Black-ish) as Melody, while musical artist Common (Selma) is signed on as executive producer through his Freedom Road Productions label. And it was written and executive produced by Alison McDonald (Roots) and directed and produced by Tina Mabry (Mississippi Damned, Queen Sugar).

Christopher Keenan and Melinda McCrocklin are executive producers on the Mattel side, and the adaptation is based on American Girl’s original created stories written by Denise Lewis Patrick.

Melody centers around the titular character, whose eyes are opened to the racial inequality surrounding her in the aftermath of the 1963 Birmingham Church Bombing. “I think she’ll serve as a great role model for girls through her stories, and give them the courage to use their voices to speak up about what they believe in, even when it might not be easy to do,” Spanos says.

To promote the brand’s launch, American Girl recently held several events in Detroit while partnering with the Detroit Public Library, donating 10,000 Melody books and 200 dolls to the library’s 22 branches. Last month, American Girl secured a multi-year global publishing deal with children’s book publisher/distributor Scholastic for new books based on its BeForever and Girl of the Year lines.