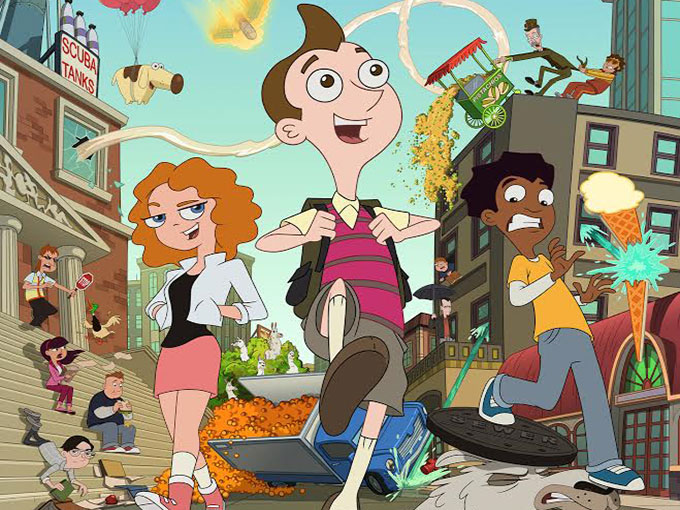 Satirist and recording artist Al Yankovic has long conducted himself in a cartoon-like manner─and Disney has taken note. The House of Mouse has tapped Yankovic, otherwise known as Weird Al, to voice the title role in Milo Murphy’s Law, a new animated comedy that will make its Disney XD debut on October 3.

The 22-minute series hails from creators and executive producers Dan Povenmire and Jeff “Swampy” Marsh, co-creators of Phineas and Ferb. Announced last May, the show was originally entitled Mikey Murphy’s Law and slated for a 2017 premiere.

Milo Murphy’s Law follows the 13-year-old great-great-great-great grandson of the Murphy’s Law namesake, who is always expecting the unexpected. Milo and his friends learn that no matter what goes wrong–and things constantly do–they must be prepared for every outcome.