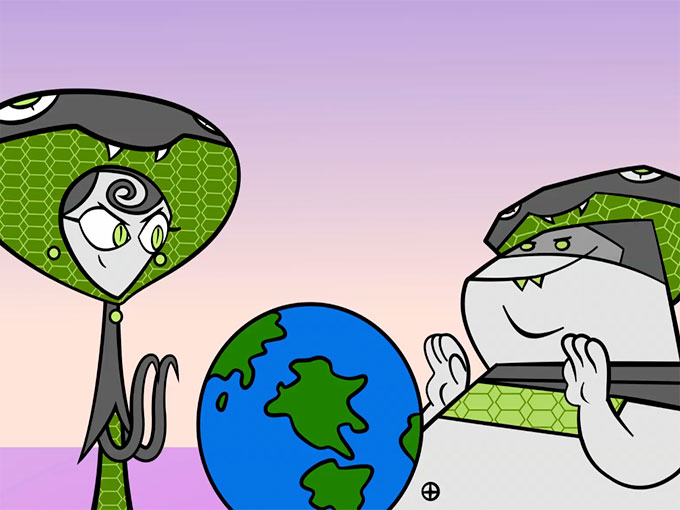 The pair’s first project is Bunny Rappid, an animated comedy series that follows the misadventures of a crime-fighting rabbit. The company has launched a Kickstarter campaign to further fund the creation of Bunny Rappid appisodes that will combine games and serialized animation in one mobile app.

The app will feature an arcade mode and a story mode that will extend the cartoons, which are roughly five minutes in length.

Bunny Rappid is expected to launch in 2017 for free on mobile devices, and Like Pizza plans to distribute the animated episodes to VOD networks.

A YouTube effort gets underway today with the launch of a Bunny Rappid music video featuring an original theme song from The Bombpops, an L.A.-based female-fronted pop punk band.

With animation and gaming at its core, the Bunny Rappid concept speaks to each of Spang and Nuzzi’s industry backgrounds.

Nuzzi managed inbound licensing and marketing at Disney’s mobile division, and eventually led the go-to-market effort for the company’s successful original digital property Where’s My Water? He also oversaw dozens of apps for Disney franchises such as Cars, Toy Story and TRON. In March 2013, he moved to Rubicon Group Holding as director of digital media, where his first order of business was to adapt the boy-centric collectible property Monster In My Pocket for digital platforms.

For his part, director, writer and animator Spang voiced the characters Eli the Elephant and Gracie Gorilla on the Pink Panther and Pals series-within-a-series Ant and the Aardvark. His directorial credits include Sesame Street PSA Grover Safari Road Safety. He’s also a House of Mouse alum, having served as senior visual designer for such characters as Tinkerbell, Mushu (Mulan) and Lumiere (Beauty and the Beast).