In its ongoing effort to consolidate its European footprint, CPLG has announced a significant executive restructure that includes the exit of its current UK MD, Stephen Gould.

After joining DHX Media-owned CPLG (Copyright Promotions Licensing Group) in 2014 as its UK managing director, Stephen Gould (pictured on home page) is leaving the licensing agency as the company undergoes a major executive restructure to further consolidate its European footprint.

Looking to pursue other opportunities, Gould exits CPLG after also serving in commercial director roles at both DHX and Ragdoll Worldwide.

Taking over for Gould is Maarten Weck, who adds management of the UK business to his current remit, MD of CPLG  in Northern Europe, 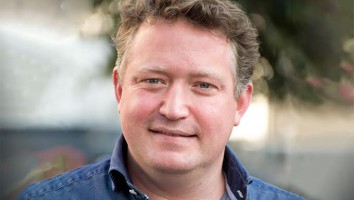 With more than 10 years at CPLG under his belt specializing in retail, licensing and multi-territory management, Weck has been instrumental in the company’s recent growth in the Benelux, Nordic and CEE territories.

Following the appointment Weck, John Taylor has been upped to commercial director from his current role as partnerships and licensing director at CPLG UK, while Gemma Witts has been promoted to retail and marketing director after serving as retail and category director for nearly three years.

Rounding out the changes, CPLG’s current MD for Iberia, Pau Pascual, is now also overseeing the Middle East to help strengthen CPLG MENA, which launched in 2015 and is led by MD Abdel Boazzati, who will now report to Pascual.

Over the last three years, Pascual has significantly lifted CPLG’s business in Spain and Portugal, particularly in fashion retail.

In a statement, CEO Peter Byrne points to CPLG’s wider presence across Europe and the US over the past two years as a key driver for a more global approach.

The restructure comes on the heels of CPLG’s appointment by DreamWorks Animation to rep the iconic brand Felix the Cat across North America and EMEA.