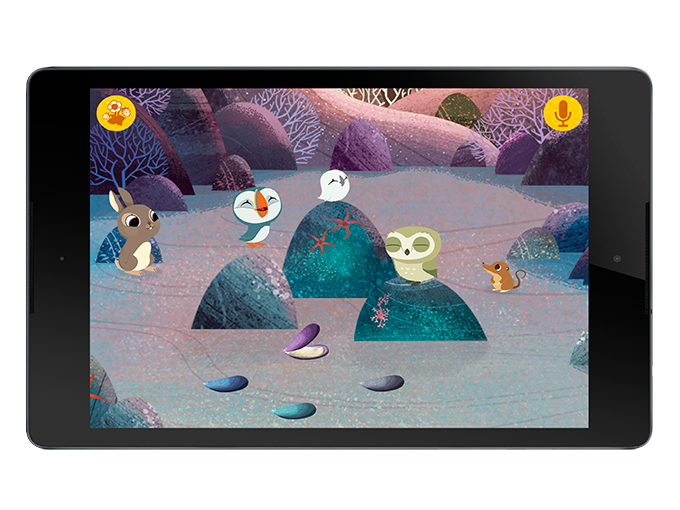 Puffin Rock gets a musical app

Puffin Rock Music! is a newly launched iOS and Android app that encourages preschoolers to experiment with music, rhythm and sound.

The producers of the hit animated Nick Jr. and Netflix preschool series Puffin Rock have released Puffin Rock Music!, a US$1.99 paid iOS and Android app for three- to five-year-olds.

Launched by Penguin Books in collaboration with Irish prodcos Cartoon Saloon and Dog Ears, the app encourages kids to experiment with music, rhythm and sound by remixing the music of Puffin Rock (performed by the Ulster Orchestra) in a creative play environment.

Using touchscreen interactivity, users can arrange their own theme songs with help from the show’s popular characters Oona, Baba, Mossy, May and Otto who are the musicians, singers and dancers in the app’s band.

Additional features include a record option for online sharing, two locations from the show, high quality animation and no third-party advertising.

The producers of the series, now in its second season, recently secured French distributor Superights to distribute the program internationally.