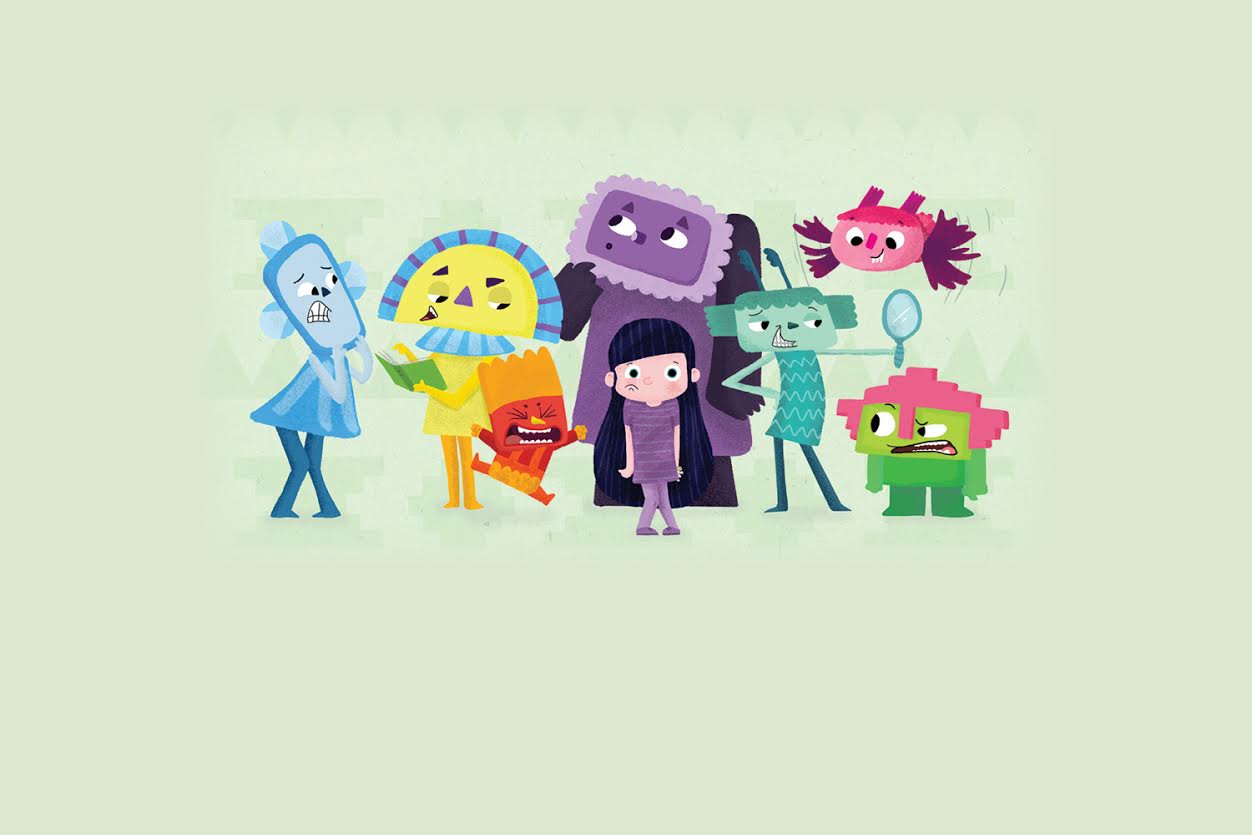 Ireland is in the spotlight at the upcoming European animation pitch fest—and Kidscreen previews some promising projects en route to Toulouse.

Alva & the Trolls  (pictured above)

Status: In development, readying a bible, teaser and three scripts for Cartoon Forum and MIPCOM.

Concept: By exploring the consequences of problematic behavior, and the difference between expressing an opinion and shouting someone down, Alva & the Trolls aims to be the first kids show that links preschool social and emotional development with transferable media literacy skills though a classical fairytale format. The series follows the adventures of a little girl, Alva, who finds a magical troll-bead bracelet at the bottom of a well. Upon discovering that each of the seven beads is a petrified troll come to life, she takes it upon herself to teach them a thing or two about how to behave nicely. 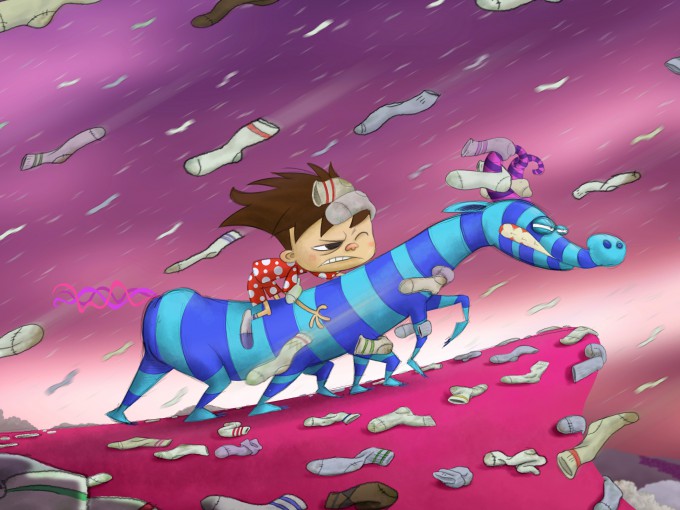 Status: A bible, trailer and scripts will be ready and available to view at Cartoon Forum and MIPCOM. 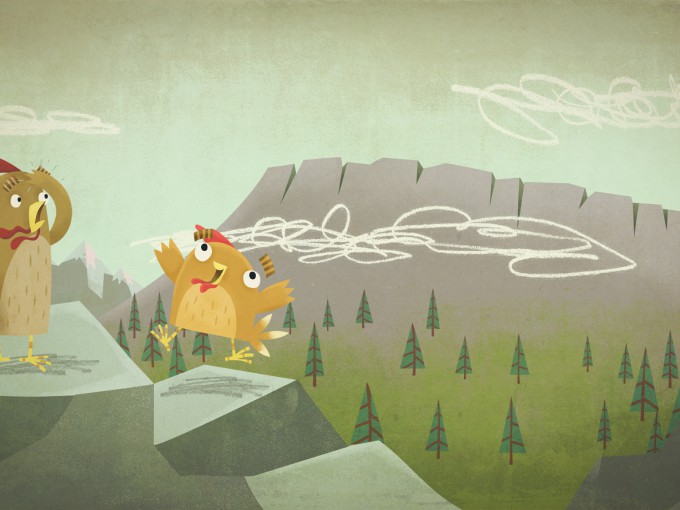 Status: A trailer, bible and three scripts will be ready for Cartoon Forum and MIPCOM.

Concept: Developed by Colin Williams and Sixteen South, Boogaloo and Graham is based on the Oscar-nominated and BAFTA-winning live-action short film of the same name by writer Ronan Blaney and director Michael Lennox. The series stars two opinionated chickens. Graham is rational and scientific, while Boogaloo relies on his imagination and childlike mind. In their adventures, the two feathered friends learn to accept each other despite their differences. 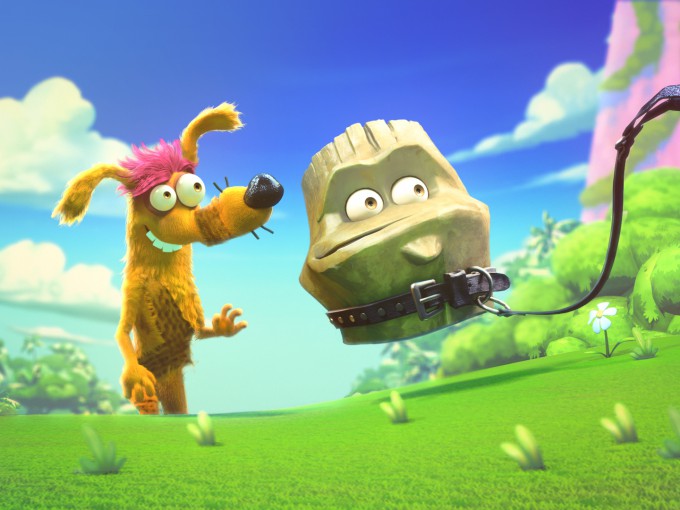 Status: A bible, trailer and scripts will be ready to present at Cartoon Forum and MIPCOM.

Concept: Based on an original idea by Michelle and Robert Lamoreaux and Peter Hannan, and adapted by David Michel, this heartfelt comedy follows the adventures of  a stray dog named Flea. The fun-loving and clumsy canine stumbles through a mysterious portal and is transported to an otherworldly paradise known as Petopia. With an eclectic group of new pet friends in tow, things take a turn for the worse for Flea when he accidentally breaks an orb of eternal relaxation and tranquility—the source of Petopia’s peacefulness—setting off a chain reaction of unpredictable events. 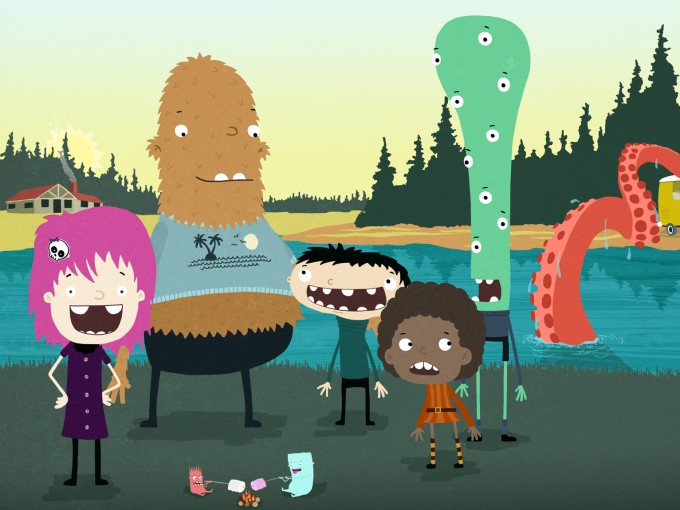 Status: A bible is fully developed, three scripts are near completion, and a 45-second trailer is in the works.

Concept: This fast-paced animated comedy follows an eclectic group of five friends who set off on day trips in their bright yellow camper van to seemingly normal places that turn out to be far from what they appear. Whether off to theme park rides or extreme diving, chances are things won’t go quite right for the Daytrippers. The series is created by director, illustrator and musician Andy Martin, who joined with Bigfatstudio’s Simon Rolph and Simon Quinn, as well as Steve Coogan’s prodco Baby Cow, on the development of the show in 2015. 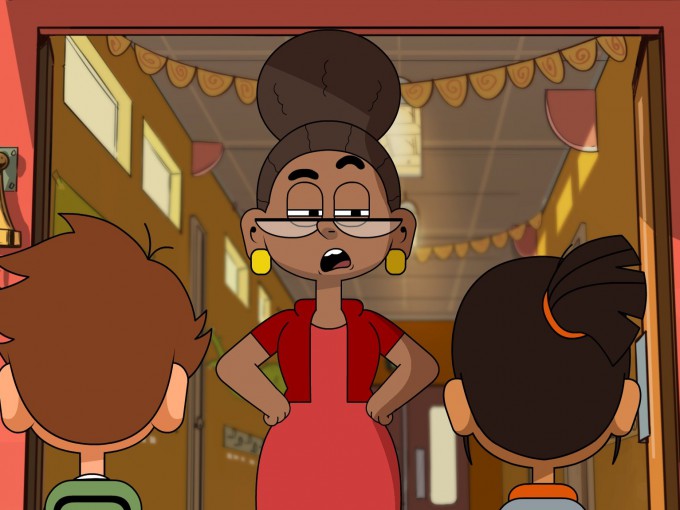 Status: A full animatic, eight scripts, two additional outlines, a full bible and a trailer will be presented at Cartoon Forum.

Concept: Created by Sylvain Huchet and Peter Saisselin (Gawayn, Alvinnn!!! and the Chipmunks), this adventure-comedy answers the question, “What if the stories kids make up about why they’re late for school were actually real?” Nate is Late follows eight-year-olds Nate and Malika, who leave 30 minutes early to go to school each day, but always arrive one minute too late after something extraordinary happens on the way that requires problem-solving. Whether it’s encountering a magic creature, fighting a troll monster in the sewer, or suddenly shrinking, the school’s principal never believes their stories. 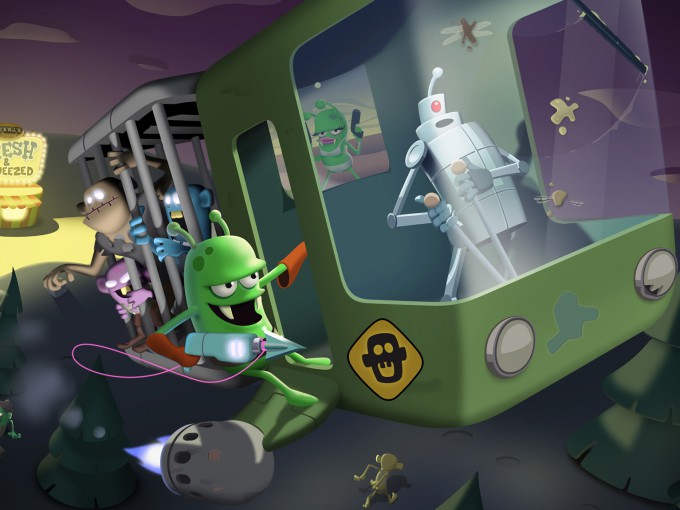 Status: In development in partnership with Two Men and a Dog. Preparing a bible, a two-minute trailer and a pilot script for Cartoon Forum and MIPCOM.

Concept: Based on a popular Finnish mobile game by Two Men and a Dog, this series follows the intergalactic adventures of entrepreneurs A.J. and Bud as they embark on a mission to rid the world of a zombie infestation by launching a pressed zombie juice business. A life filled with foiling FDA inspectors and pulling off crazy marketing stunts shows that the zombies-to-slushies biz is never easy, but fortunately for this pair, humans love the taste of zombies.