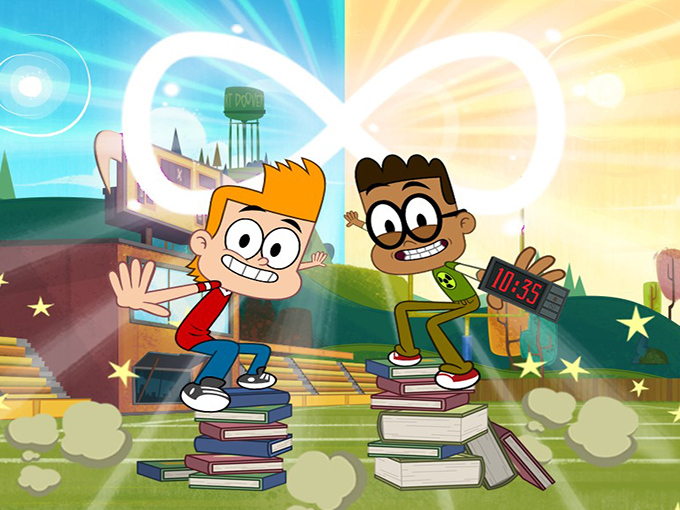 Canada’s DHX Media has struck an exclusive deal with Amazon for season one of its new 2D-animated comedy Looped. DHX has also signed two additional content agreements with the US-based SVOD for The Busy World of Richard Scarry and Madeline.

Produced at DHX Studios and commissioned by Canada’s Teletoon, Looped will make its Amazon Prime debut in the US today.

The original series, created by Neptoon Studios’ Todd Kauffman and Mark Thornton (both of Grojband fame), follows the adventures of best friends Luc and Theo, who get caught in a time loop that makes every day the same Monday.

Amazon is also taking five seasons (65 half hours) of classic kids series The Busy World of Richard Scarry, as well as season one (six half hours) of Madeline and a Madeline Sing Along with her Friends half-hour special.

The content will be available for US Prime Video subscribers to stream or download via the Amazon Video app for TVs, connected devices, mobile platforms and online.

Other DHX shows currently available on Amazon include Mighty Jungle, In the Night Garden and Bo on the GO!. Despite a 2% drop in revenues in Q3 of this year, DHX reported strong annual growth from new digital and linear distribution deals, as well as solid advertising and VOD revenues from digital platforms like Amazon.