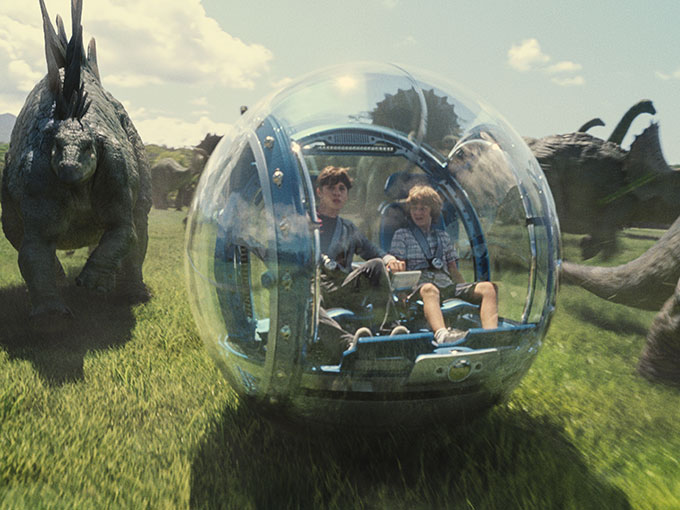 The toyco will take the reins as Jurassic World's global master toy licensee from Hasbro, which took rights to Disney Princess and Frozen from Mattel in January.

Mattel is ready to take a bigger bite out of boy-skewing toys sales with the help of Jurassic World, now that the toyco has been appointed worldwide master toy licensee for the NBCUniversal property, effective July 2017.

Under the terms of the deal, Mattel will design, produce and bring to market a variety of toys and consumer products inspired by the franchise.

Mattel is licensed to produce action figures, play sets, vehicles, games, plush, role-play, preschool and activity toys based on the property. And the first crop of products will hit shelves in early 2018.

Jurassic World grossed more than US$1.67 billion at the global box office in 2015, and its sequel is set to hit theaters in 2018.

The master toy license rights to Jurassic World are currently held by Hasbro, and this shift is the most recent move in a series of back-and-forths between the two companies.

In January, Hasbro took hold of global rights to Disney Princess and Frozen products, which were formerly held by Mattel. The loss led Mattel to report a decline in its girls brands in Q1 of this year. At the same time, the Disney Princess doll license, valued at more than US$450 million in annual sales, gave Hasbro its biggest gains on the girls side of its business in Q1. (Revenue from its girls products skyrocketed by 41% to US$165.4 million.)

And the momentum has continued for Hasbro, which recently reported second quarter revenues of US$878.9 million—a 10% increase versus the same period last year—once again driven by sales of its Frozen and Disney Princess products, as well as Star Wars-branded items.

While Jurassic World toy sales aren’t on par with Disney Princess, the brand has continuously helped boost Hasbro’s bottom line—and its addition to Mattel undoubtedly represents a solid addition to the toyco’s portfolio, especially as it welcomes even more boy-oriented brands into the fold.