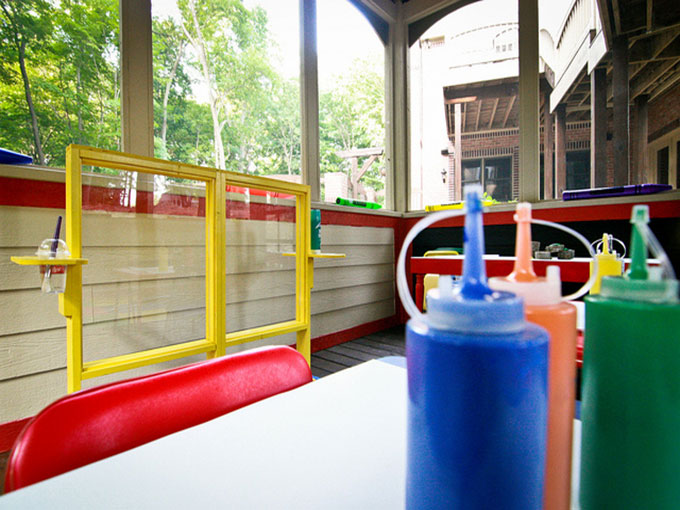 When I was a young boy growing up in Sweden in the 1980s, the country had only two television channels, and both were run by the government. No one was coerced into watching the shows, but if you wanted to be entertained or informed by the delight of moving images, you had few other choices. The programs weren’t always captivating, but the audience was essentially captive, so ratings were good.

At the end of that decade, the government’s monopoly on the airwaves began to crumble. Swedes suddenly had more choices, and this meant that television producers at the government-run channels actually had to consider their audiences in a whole new way.

Nowadays, a similar turn of events in the education space could be catastrophic for large educational media companies that rely on the production of materials that support top-down government-mandated curricula. Those who stand to benefit are small companies that are used to delivering information and media experiences on children’s terms.

Allow me to explain.

There are two ways of learning: instruction and play. Instruction is the current paradigm of the US education system. Play, however, is the natural way for humans to learn, but outside of preschools and kindergartens, play has largely been left out of education for the last 150 years. As our society becomes a more diverse and free place, and as students demand a bigger say in what and how they learn, play is poised for a comeback.

Play is part of natural behavior in all mammals. Simpler forms of life such as ants don’t play; they are hardcoded. Their knowledge comes pre-installed. This allows them to function straight out of the box. It also means they can’t learn much. Mammals, on the other hand—especially humans—play a lot, precisely because we come to the world with very little knowledge. Instead, we come with an instinct to play. It is through play that humans learn to grab things, to form words and to walk. Play is nature’s way of making sure we satisfy the need we have to learn. Play is to learning what hunger is to eating.

Humans play the most out of all animals and we also have an unmatched ability to adapt to new environments and circumstances. This is no coincidence.

Instruction as the leading pathway to understanding is an old and ailing paradigm. The belief system stems from the 19th century and supposes that teachers and schools are the place to go to if your children are to learn anything about the world that is outside of their immediate view. The idea is that there is a certain body of knowledge that is to be transmitted to children, and once they have that they will be “well rounded.”

But that is a paradigm that is ringing less true for two reasons. For one, information has been freed. Even the youngest of students realize that information is now accessible anywhere and at anytime. This makes it more difficult for schools to answer why a student should study exactly what the institution warrants, there and then.

Secondly, people want to be free. Most groups of individuals have more rights and freedom now than they did before. We expect to be heard and understood as individuals by people around us and by the media we access and use. Technology is developed to adapt to our needs, and it also makes it easier to communicate our desires and have them met. It becomes more difficult to accept that one system, one course, or one book should fit all of us.

As such, there are two diverging trends in education right now. One is more instruction. This is characterized by narrower definitions of what should be learned and how it should be measured. This trend is exemplified by implementation of the Common Core State Standards and establishment of charter schools that operate under rigorously controlling administrators. An example would be the KIPP Schools. However, most public schools are part of this trend today.

The other trend goes in the opposite direction and heads towards freedom. It consists of more sophisticated adaptation to students’ needs, flexibility as to what phenomena are studied, and it intentionally leaves room for self-direction and discovery. The most prominent example is AltSchool (which received US$100 million from investors such as Mark Zuckerberg last year). AltSchool is building a network of schools with one central hub that analyzes how children are learning through their proprietary software, and then adapts according to each student’s pace and learning style. As a result, basics are learned quickly, giving students more time to explore their own interests.

I believe education, like technology, management, social values, spirituality, cultural expression and most other areas of our society, will transform from being a top-down system made to fit all, to becoming a multi-choice system that increasingly understands, adapts and trusts the individual.

Another example of this trend is homeschooling. It is the fastest-growing form of education and now accounts for almost 4% of the student body in the US. This is in large part because there is a new generation of homeschooling parents. When asked why they do not send their young to school, one of the main reasons they give is the increased focus on standardization and measurements that has come in the swell of the Common Core State Standards.

Paradigm shifts like this occur when it becomes apparent that the solutions at hand are no longer effective. School as a concept has been in a crisis for decades. As students’ test results continue to dive, reformers call for more instruction, or more of what wasn’t working in the first place. Teaching children reading and math at younger ages, implementing longer school days and pushing for shorter summer vacations aren’t proving to be the silver bullets that politicians were hoping for. It’s expensive and sometimes even counterproductive.

In fact, I don’t think we will see increased results until every student upon arriving to school is asked, “What do you want to learn today?”

And to help, new educational products need to be designed for this new paradigm of learning. The largest media companies of today were started when direct instruction was still unchallenged—companies like Pearson, McGraw-Hill and Harcourt. Their way of thinking still works because education is, to this day, highly controlled by government and politics.

The day will come when those of us who produce educational media for children will no longer be able to rely on the fact that what we make will be used by an institutional audience. The media we make will have to provide content that is engaging enough that students can use it at home for entertainment, during a break from studying something else, or in competition with another product that teaches the same material.

There are already companies that are building products that rely on the tutee’s consent. Khan Academy, BrainPop, MarcoPolo and TinyBop are a few examples. Their products speak directly to children, and they trust that children want to learn. The apps and films that these companies make are built for a world where the home button is just inches away.

I am ready for a world where the decisions about what is being taught are not made by politicians and bureaucrats, but by students, parents and teachers. Are you?

Jens Peter de Pedro is experience director at LingoKids.com and sole proprietor of LittleFrogs.com. He was also part of the founding team at mobile developer Toca Boca.