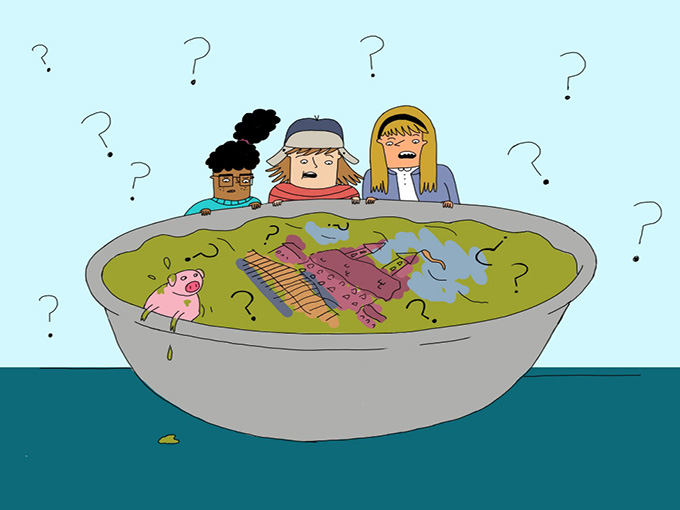 CBBC has named Mystery Soup the winner of the channel's animation pilot scheme ANIM8, while also re-upping orders for a raft of popular series.

Created by writer Victoria Manifold and director Hannah Jacobs, Mystery Soup follows the adventures of three 13-year-old girls who come together to unravel a series of strange occurrences at their new boarding school. It will now be developed through to pilot for this September, with creative support provided by CBBC and BBC Worldwide.

CBBC’s creative director of scripted, animation and co-productions Sarah Muller is taking the lead on development, along with BBC Worldwide’s head of children’s Nathan Waddington.

Standing out from nearly 300 submissions from individuals, studios and companies from across the UK, Mystery Soup bested the scheme’s two other shortlisted finalists, Peeled Prawn and Shaved Sheep from Vincent James and Karina Stanford-Smith of Fat City Films, and Poles Apart from Alex Collier.

As for CBBC’s newly re-commissioned series, popular factual programs including Operation Ouch!, Ice Stars, How to Be Epic and Life Babble will be returning to the channel, along with in-house-produced CBBC makeover show The Dengineers, comedy Diddy TV, school-based dramedy The 4 O’Clock Club and homegrown drama The Dumping Ground.