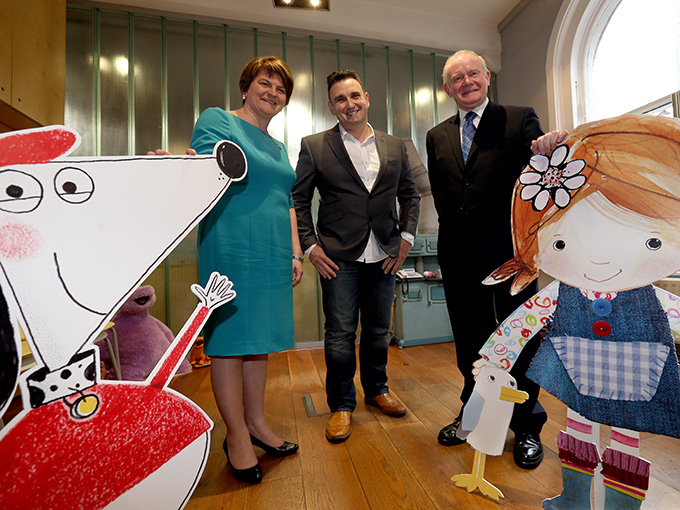 Sixteen South's newly launched 7,500-square-foot studio in the heart of Belfast can host up to four in-house productions at a time.

With a dedicated recording studio, dubbing suite, six editing rooms and a finishing suite, the new studio can handle four in-house productions at a time.

Sixteen South is currently in production on the second season of its mixed-media series Lily’s Driftwood Bay and is about to begin production on new 52 x 11-minute 2D-animated preschool series, Claude, for Disney EMEA, Australia and New Zealand.

It is also readying Boogaloo and Graham, a new 2D-animated project led by the company’s creative director and founder Colin Williams (pictured, middle) for Cartoon Forum in September.

According to Foster, the creative industries in Northern Ireland contribute more than US$437 million to the local economy.