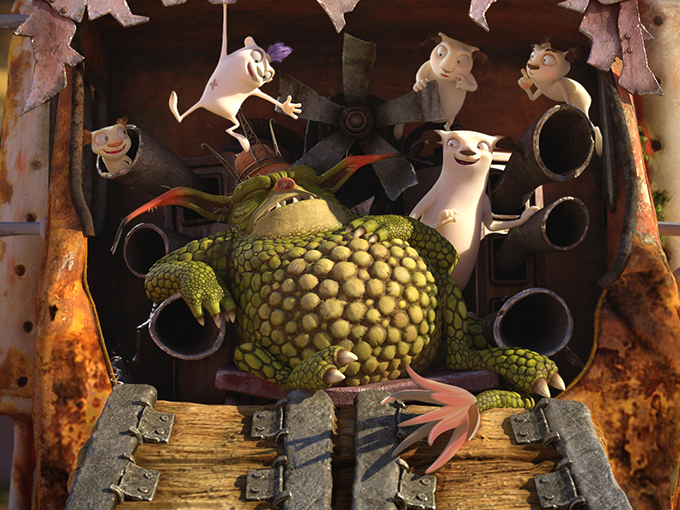 The Adventures of Bottersnikes and Gumbles titles will hit bookshelves ahead of the property’s debut as a CBBC TV series next month.

Through a joint acquisition with HarperCollins Australia, HarperCollins UK is set to publish The Adventures of Bottersnikes and Gumbles book series ahead of the property’s debut in the territory as a CBBC TV show next month.

The Adventures of Bottersnikes and Gumbles series tells the tale of the lazy, grouchy Bottersnikes and their attempts to capture the fun-loving Gumbles. The collection brings together highlighted stories from the property’s four classic books (published between 1967 and 1989), complete with original black and white illustrations by Desmond Digby.

The HarperCollins deal follows on the heels of a separate Bottersnikes and Gumbles publishing agreement inked with UK-based Hodder Children’s Books in April. Under that deal, the Hachette Children’s Group subsidiary is publishing a series of young fiction, sticker and activity books aimed at six- to nine-year-olds.

CGI-animated Bottersnikes and Gumbles (52 x 11 minutes) is co-produced by CAKE Entertainment, Cheeky Little Media and Mighty Nice for CBBC UK, Seven Network Australia and Netflix. So far, CAKE and Cheeky Little Media have lined up L&M agents in the UK, Ireland and Australia to rep the brand.