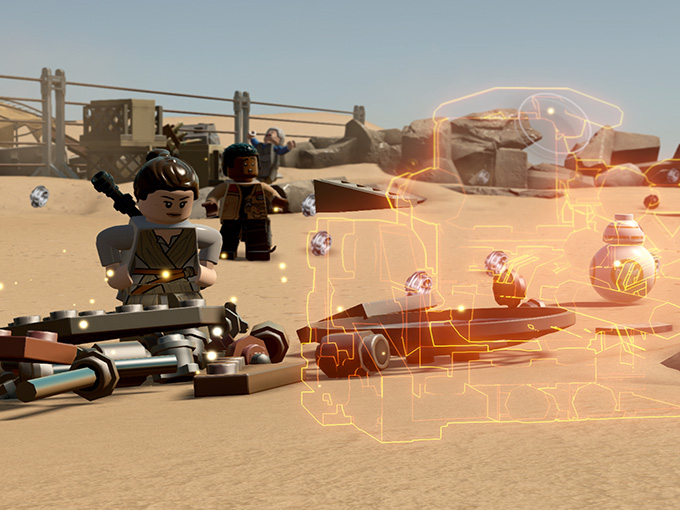 With Lego Star Wars: The Freemaker Adventures now airing on Disney XD, the video game is the latest installment in Lego’s top-selling franchise.

Now available for console, PC and mobile platforms, including Sony PlayStation 3 and 4, Microsoft Xbox One and 360, Nintendo Wii U, and on the App Store for iOS devices, the game features all-new stories within the Star Wars galaxy set in the time period leading up to last year’s record-breaking movie.

Among the game’s additional highlights are storylines from the The Force Awakens tweaked with Lego’s signature humor, new game play features like multi-builds that advance the game in different ways, Millennium Falcon-based aerial battles, five free-play environments, 200 customizable characters and more than 80 vehicles and creatures.

In addition, players on PlayStation 3 and 4 will have access later this summer to exclusive DLC packs for a limited time, including The Phantom Limb Level Pack, which explores the origins of C-3PO’s mysterious red arm.

A date for access on Google Play for Android devices will be released in the coming months.

The game launch arrives on the heels of the premiere of Disney XD’s new series Lego Star Wars: The Freemaker Adventures and follows a bigger commitment by WBIE, TT Games and Lego to its toys’-to-life property Lego Dimensions.