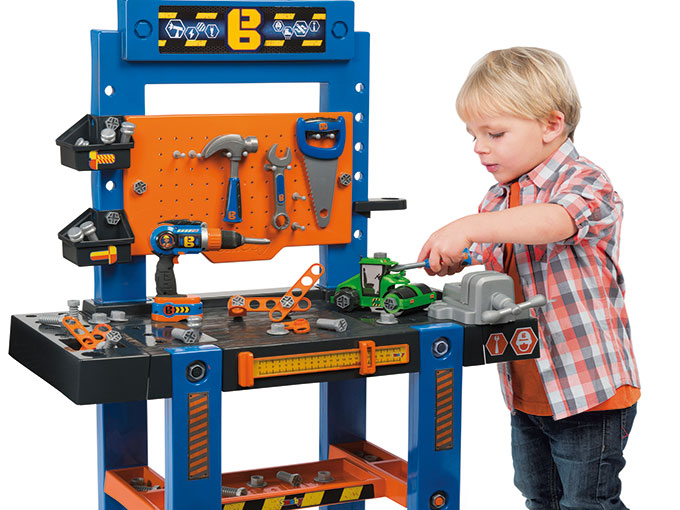 Bob the Builder puts merch in the foreground

While TV presence ramps up for Bob the Builder, Mattel has put a full licensing program into play for the revamped brand that features such partners as Ravensburger, Parragon and Rubie's.

With the second season of Bob the Builder kicking off in the US on PBS KIDS this month–and a Netflix deal in play for the revamped HIT Entertainment toon–Mattel has expanded its roster of global licensees for the preschool brand.

In addition, a previously announced toy line from Fisher-Price will hit US stores this summer, with Toys “R” Us premiering an initial program on July 1.  The line includes Bob’s hardworking digger, R/C Super Scoop and the Mash & Mold Construction Site.

In fact, construction toys and role-play items are particularly central to the revamped brand’s identity, according to Mattel Creations SVP of content and development Christopher Keenan.

“The show’s second season expanded Bob’s world of vehicles and machine friends, and we have been trying to be reflective of actual construction gear. Early iterations of Bob were very stylized, and the new series is much more realistic and reflective of the real world,” Keenan says. “There are also a lot of role-play items that allow kids to replicate and build things themselves. I think the response to the show’s new iteration has been positive because the series has been focused on character and relationship-building.”

Bob the Builder relaunched last fall on Channel 5′s Milkshake! in the UK and on PBS KIDS in the US, and featuring CG-animation, new locations and an all-new look for its titular character.  The show now airs in more than 16 markets and is set to bow in additional ones via Australia FTA Ten/Eleven(Australia), Dreamia-Panda (Portugal), NRK-Super (Norway), Karusel (Russia) and ATV-Minika (Turkey) by the end of this year.

A movie special, Bob the Builder: Mega Machines—The Movie, is also currently in development. Slated for TV and DVD in 2017, the special is produced by HIT and is being animated by Canadian studio Rainmaker, which worked on the first and second seasons of the program. Canada’s DHX Media, which secured an exclusive content creation pact with Mattel in December 2015, will distribute the special worldwide.

Since its original launch in 1993, Bob the Builder has aired in more 175 countries and has been translated into 40 languages.