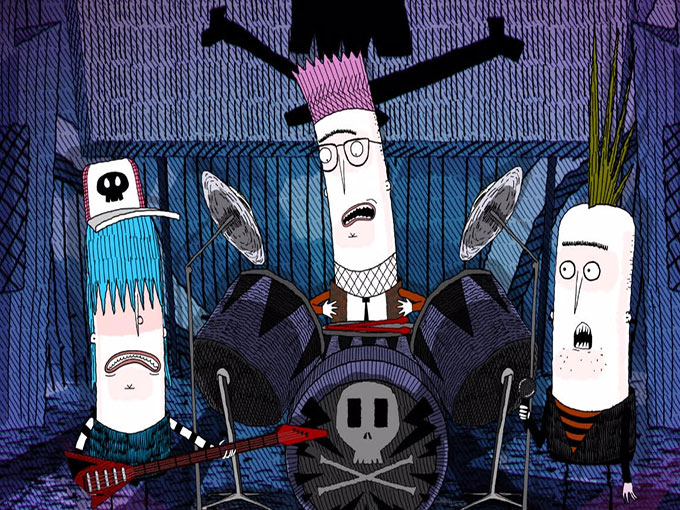 The punk-rock-themed toon is heading to Disney XD in Germany, following its debut on the House of Mouse's boy-skewing channel in the US earlier this year.

Disney XD Germany has picked up the first three seasons of animated short-form series The Dukes of Broxstonia from the Australian Children’s Television Foundation (ACTF).

The series, produced by Aussie prodco Sticky Pictures, follows a band comprised of three punk-rocking teenagers, who are on tour thanks to the generosity of the Broxstonian government.

ACTF, which distributes the series globally, sold the toon to German home entertainment company Nipponart earlier this year. The deal gave Nipponart rights to release all three series on DVD/Blu-Ray in German-speaking territories and make the animated shorts available online throughout Europe.

Already airing in Australia and across Asia, Dukes of Broxstonia  saw its second season bow in the US on Disney XD in February.