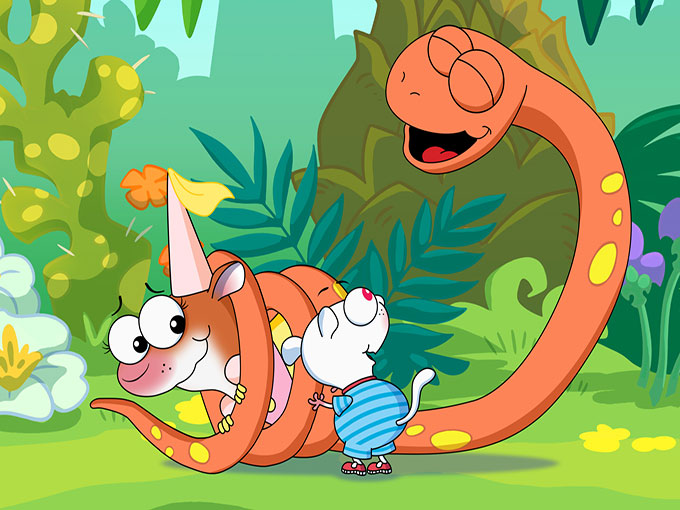 The marblemedia-owned company has inked sales across its kids vertical, while also growing its catalog and global sales force.

Toronto, Canada-based Distribution360 has added several Canadian series to its catalog while selling 150 hours of programming across its verticals.

On the sales front, D360 has sold preschool property Yaya & Zouk (pictured) from Montreal’s ToonDraw Productions to DHX in Canada for Family Junior, and to Jim Jim (Eastern Europe, Middle East and Africa and Benelux).

Also from its kids, teen and family vertical, D360 sold YOUniverse to U-7 Group for Ginger (Russia), Alphabet Stories to GHI Media (Israel) and The New Adventures of Figaro Pho to DHX for Family CHRGD (Canada). Broadcast rights to season two of Splatalot were also sold to Daydreams (Czech Republic, the Netherlands) and Red (Russia).

Along with the raft of sales and acquisitions, the marblemedia-owned company has also announced the hiring of Donnie MacIntyre as sales manager for the US, US Hispanic, Latin America, Denmark, Norway, ROI and Asia. Prior to D360, MacIntyre worked as director of sales and marketing at Toronto’s SK Films.

The company has also brought Rebecka Hornburg on-board as a business development executive in charge of Scandinavian sales. Hornburg previously worked as a trade consultant for the Swedish Trade and Invest Council.