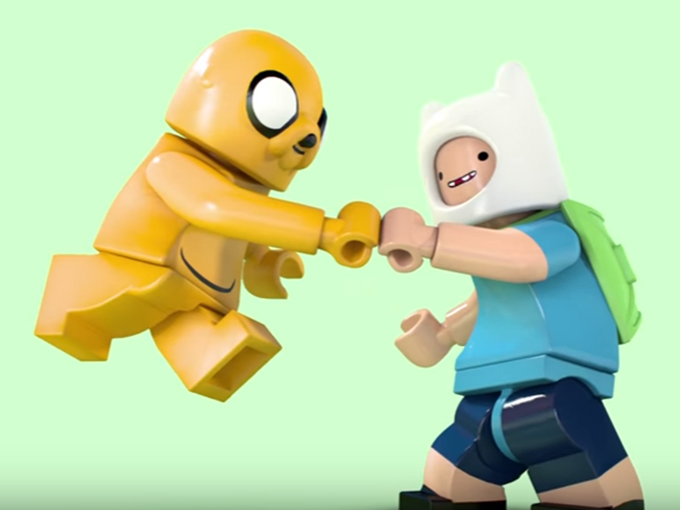 When Disney Infinity abruptly bowed out of the toys-to-life business last month, it left a gaping hole in the category and a lot of unanswered questions surrounding its future.

Now Warner Bros. Interactive Entertainment, TT Games and The Lego Group have pledged their allegiance to the category with the addition of 16 new entertainment franchises—including Ghostbusters, Adventure Time, J.K Rowling’s Wizarding World spin-off Fantastic Beasts and Where to Find Them, Sonic The Hedgehog and The Lego Batman Movie—to its popular toys-to-life video game Lego Dimensions.

Two additional packs based on the upcoming feature films Fantastic Beasts and Where to Find Them and The Lego Batman Movie, as well as the hit properties The Goonies, Sonic The Hedgehog, Teen Titans Go!, Lego City Undercover, Knight Rider, The Powerpuff Girls, Gremlins, Beetlejuice and E.T. The Extra-Terrestrial will roll out in waves into summer 2017.

All of the new packs are fully compatible with Lego Dimensions‘ existing entertainment brands (now 30 in total) and the Lego Toy Pad, plus no new starter pack is required.

In a show of innovation, the expanded universe will also include all-new battle arenas with four gameplay modes, and in a first for Lego videogames, competitive split-screen local gameplay for up to four players.

In addition, special golden toy tags that come with Lego minifigures in packs six through nine will allow kids to unlock new battle arenas within the free play adventure world.

Lego Dimensions is currently available for Sony’s PlayStation 4 and PlayStation 3 console systems, Microsoft’s Xbox One and Xbox 360, as well as Nintendo’s Wii U.

A trailer for the expanded Lego Dimensions world can be found here.