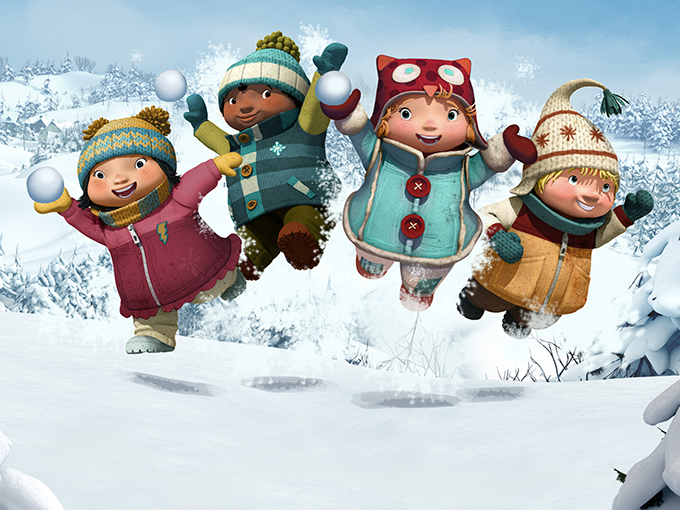 This year's edition of Cartoon Forum will feature projects from a record 22 countries and put the spotlight on Ireland's animation biz.

The 27th annual Cartoon Forum, taking place in Toulouse, France from September 13 to 16, will break new ground this year as the European co-production platform is set to feature an inaugural spotlight country (Ireland), its first-ever Canadian submission, and projects from a record 22 countries.

A total of 80 new TV series projects will be pitched at the event to potential co-producers, buyers and investors representing approximately 480 hours of animation.

France has the most projects with 26, followed by the UK and Ireland with nine and eight, respectively.

Ireland has also been named as the Forum’s first spotlight country. As a result, tributes to Irish studios and the long-running success of the country’s animation business will be highlighted throughout the three-day event, including at morning Croissant Shows and during a special Irish-themed farewell dinner and party.

For other regions, Scandinavia is well-represented with five projects, three of which are from Finland, while Belgium, Spain and Germany will present four.

As an indication of how much animation is growing across Europe, additional countries including Poland, Croatia, Hungary, Macedonia, Latvia, Lithuania, Estonia and Bulgaria will also present.

New this year, the Forum’s first Canadian submission, Snowsnaps (pictured) from Montreal, Quebec-based CarpeDiem Film and TV, will be presented.

Korean projects, meanwhile, will be represented for the second year in a row. The first two, Tori’s Adventures from Tori Design and Slow Slow Sloth NEUL from J.Bugs, were picked by five European broadcasters including France Télévisions, M6, Canal+ and Turner France, while the third project, Bellboy Luke from Anyzac, earned its spot from SK Broadband after winning a special award at the last Cartoon Connection Asia-Europe.

Looking at demographics, 53% of this year’s projects target kids ages six to 11, while preschool series represent one-fourth of shows, and the remaining 10% cater to young adults and adults.

Finally, more than 50% of the pitches have been designed for TV and at least one additional platform, such as mobile phones, video games, tablets or the web.