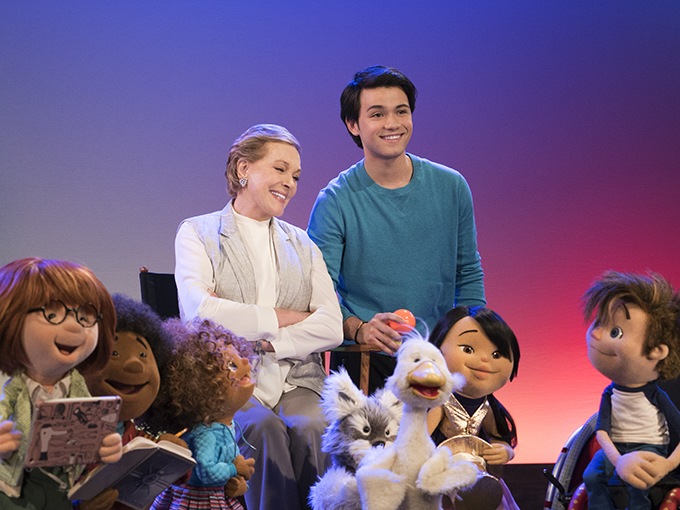 Set to launch exclusively to Netflix members globally in early 2017, the Netflix Original series follows Andrews as Ms. Julie, the director of the Wellspring Center for the Performing Arts, and Giullian Yao Gioiello (Catfight, The Carrie Diaries) as her loyal assistant Gus as they teach performing arts and theater to a diverse group of kids known as the Greenies.

Over the course of a season, the Greenies use what they learn to create an original show for the Center, blending performing arts elements such as music, dance, mime, improvisation, circus arts and voice work.

Both Andrews and Walton Hamilton are executive producing the series along with Steve Sauer, and Lisa Henson and Halle Stanford from The Jim Henson Company.