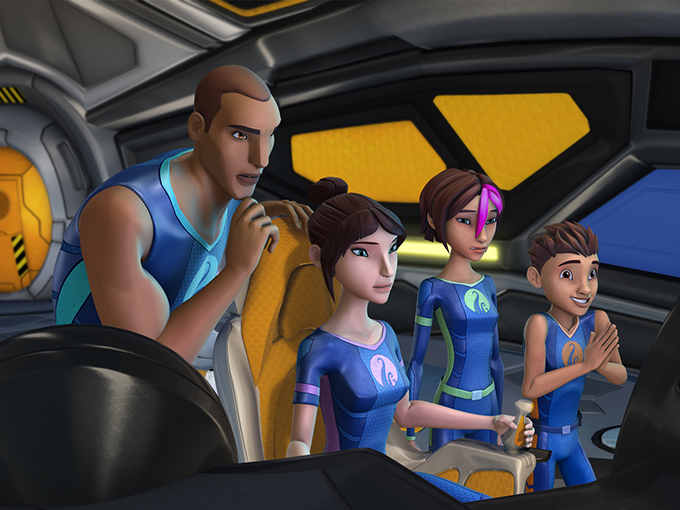 DHX Media has sold its new co-pro The Deep to Netflix US, and the company's brand management arm has secured a Teletubbies deal with Sony.

Canada’s DHX Media, Technicolor and A Stark Production have sold their animated underwater adventure series The Deep to Netflix US. DHX Brands, meanwhile, has signed a global home entertainment distribution deal with Sony Pictures Home Entertainment (SPHE) for all new and classic episodes of Teletubbies.

Netflix will begin streaming The Deep in the US on June 1. The 26 x half-hour CGI series is based on the popular Gestalt Comics graphic novel series from bestselling author Tom Taylor (Batman: Legends of the Dark Knight, Star Wars: Blood Ties). It follows the adventures of a family of underwater explorers, the Nektons, which lives aboard a state-of-the-art submarine that explores the deepest recesses of the Earth’s oceans.

For the Teletubbies, DHX’s latest deal covers both physical and digital formats of the series.

The new Teletubbies series, which follows the original characters but with an updated look, premiered on DHX’s Family Jr. in Canada in January, on Nick Jr. in the US on May 30 and on CBeebies in the UK last November.

Teletubbies first launched in 1997, and according to DHX, has since reached more than a billion preschoolers in more than 120 territories worldwide. DHX purchased Teletubbies creator Ragdoll Worldwide in 2013 for US$28 million.

From Playback with files from Jeremy Dickson