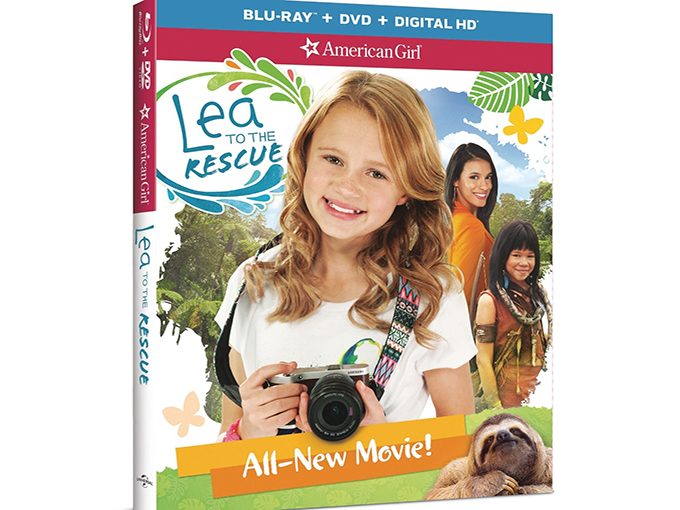 After an 11% decline in gross sales in Q1, Mattel’s premium brand American Girl has a busy summer planned for its 2016 Girl of the Year Lea with the upcoming home entertainment release of adventure film American Girl: Lea to the Rescue.

The Universal Pictures Home Entertainment movie will debut on Blu-ray combo pack, DVD, and on demand on June 14, but will be available for digital download two weeks earlier on May 31.

Starring Maggie Elizabeth Jones (We Bought a Zoo) and Hallie Todd (Lizzie McGuire), the film is a sequel to the original book series and follows Lea’s adventures in the Brazilian rainforest as she looks to solve the mystery surrounding her missing brother.

To support the movie, American Girl’s 20 retail stores across the US will host special viewing events from June 16 to 19 featuring a screening, Lea-inspired crafting activities, red carpet photo ops and concessions.

Americangirl.com will also feature a sneak-peek of the film, photos, downloadable wallpaper and extra cast and character information.