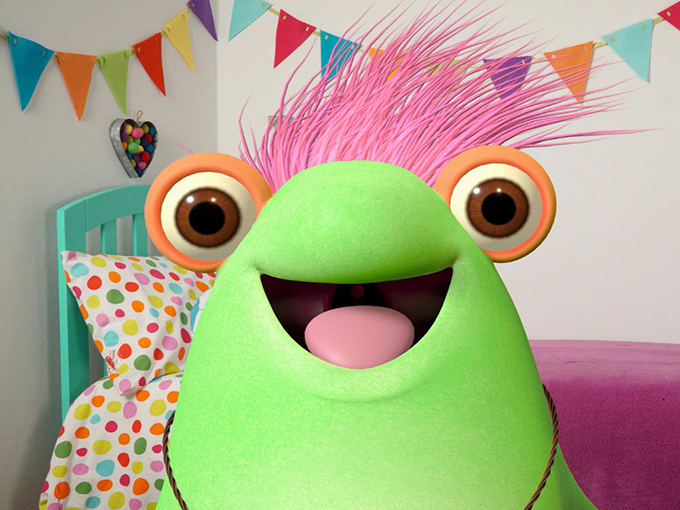 Sesame Workshop's Kay Wilson Stallings dishes on the 45-year-old brand's latest foray into the world of online video–and how it's looking to showcase fresh new talent and creators.

With more than three billion YouTube views and counting, Sesame Street is no stranger to the world of online video. And today, parentco Sesame Workshop is taking things a step further with the launch of its Sesame Studios YouTube channel, a completely online destination that offers short-form series and original content–all with none of Sesame’s familiar Muppets in sight.

The channel features one- to five-minute videos that focus on a range of curricular areas like literacy, math, health and social-emotional development. Live-action nursery rhymes, animated milestone songs and animal-themed films will also be mainstays on Sesame Studios, which is also be accessible on the YouTube Kids app, which has garnered 10-billion views in its first year. A playlist of Sesame Studios content is also available on Sesame Street’s main YouTube Channel.

In terms of churning out content to meet the goal of uploading three new videos each week, production time on new shorts will span anywhere from three days to three months. New digital puppet Marvie, created in collaboration with New Jersey-based Puppet Heap, is headlining the channel as its host and will intro all fresh content.

It’s this level of immediacy that makes Sesame Studios such a pivotal new platform in play for Sesame Workshop, according to SVP of creative development Kay Wilson Stallings.

“Our turnaround is now a couple of days. We can shoot a Marvie segment on Thursday and upload it on Monday. The host content needs to be quick, as kids come to YouTube to form a relationship with a host,” says Wilson Stallings, adding that Marvie represents the company’s answer to purposely having a Muppet-less channel. “We want new content, new characters and new creative. We look at this as being a whole new crop of creative talent. Kids who love Sesame Street are going to love Sesame Studios, and others will find that it is different and fresh.”

As for bringing that freshness to the masses, Sesame Workshop’s programming team is working closely with YouTube to source new talent and content. For the first batch of offerings, Wilson Stallings personally approached a lot of talent with whom she has worked in the past, applying her strong linear background to a modern online video ecosytem. (The former Nickelodeon exec joined the Workshop last August.)

She says her team will be on the hunt for those who have a fresh approach to kids content and have not always had the right platform to showcase their ideas (whether they be long or short-form in nature). Whatever does come through the Sesame Studios pipeline, it will be fully funded by Sesame Workshop on a work-for-hire basis.

Wilson Stallings is currently accepting pitches through Sesame Studios’ dedicated website. She’s also taking a more traditional approach to finding new talent through word-of-mouth outreach. Helping to sift through a pile of pitches is Sesame Workshop’s recently hired creative development director, Jordan Geary, who joined the team a few months ago. And Wilson Stallings is now on the lookout to bring another creative producer on-board in the coming weeks.