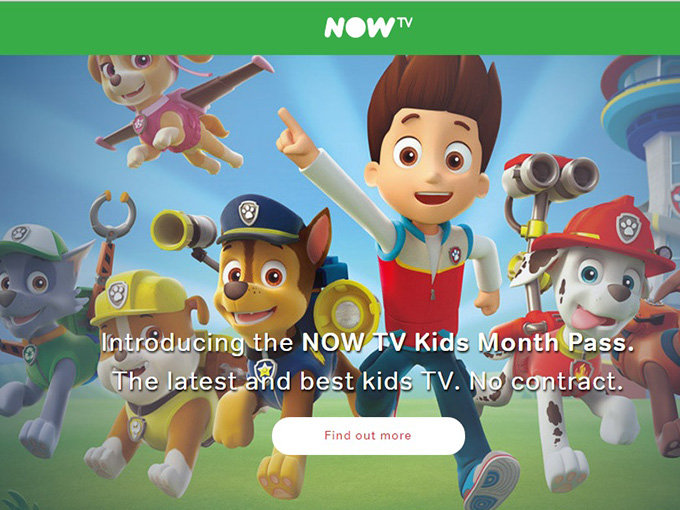 Priced at £2.99 (US$4.35) per month with no contract obligation for Sky and NOW TV subscribers, the kid-safe, user-friendly service will provide six live channels and on-demand content from Nickelodeon, Nick Jr., Nicktoons, Boomerang, Cartoon Network and Cartoonito.

Additional VOD programming will be available from UK kidcasters CBeebies, CBBC and Milkshake!

The service features a space-themed interface starring three original animated characters that guide kids through the viewing experience, character- and picture-led navigation, a favorites section, next episode auto-play, and parental controls that include age-restricted PIN locks.

Interestingly, Disney Channel, which is absent from the new Kids Pass, is being replaced in the Entertainment Pass by Nat Geo Wild. Disney’s own SVOD service, DisneyLife, launched in the UK in November 2015.