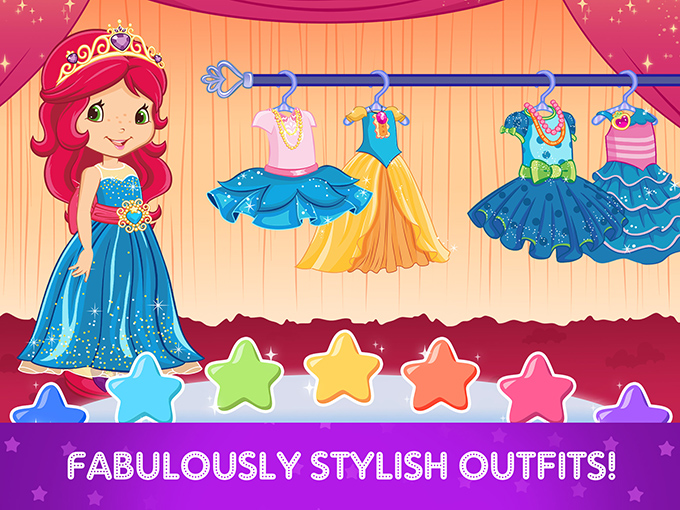 Strawberry Shortcake finds a real seat at the digital table

In this digital age of downloads, page views, active users and subscriber counts, it’s getting increasingly difficult to define the makings of a successful app. But any way you slice it, Strawberry Shortcake’s 100 million app downloads means that IP owner Iconix Brand Group has found a sweet spot among today’s young mobile users.

“We’ve been featured on the home page several times before, but this is definitely a high note for us,” says Derek Roberto, VP of entertainment and new media at Iconix.

The latest freemium app, developed by Montreal’s Budge Studios, is a return, of sorts, to the dress-up mechanic used by the first-ever Strawberry Shortcake app, Card Maker Dress Up, released in 2012. But four years later, the new app is much more complex, explains Roberto.

Featuring the animated redhead and her friends at a slumber party, the app designed for kids ages six to eight lets players choose from six dresses stored in a magical costume chest, as well as play six themed mini-games. Along with styling hair and creating outfits, players can also partake in a red carpet photo shoot.

Roberto describes the new app as another important element to the brand’s merchandising efforts (it has more than 350 licensees worldwide) and ongoing interactive initiatives. A fair amount of Strawberry Shortcake content is already  available on platforms such as YouTube and Netflix, all of which has been developed to complement the 3D-CGI animated series Strawberry Shortcake’s Berry Bitty Adventures that airs on Discovery Family Channel and Netflix in the US.

As for ongoing mobile plans, Roberto says the strategy is to release four new apps per year to ensure continuous engagement with the brand while not flooding the market.

“We could be releasing more apps, but it doesn’t feel right. There becomes a point where people will feel like they have downloaded too many apps or that they’re too similar,” says Roberto. As the father of two young kids, he is fully aware of parents’ concerns over freemium business models. That’s why built standard safety features are built into the apps, such as skill-testing math questions and passwords.

“We’re very conscientious and careful about how parents perceive the apps, and how kids are approached within them,” he says. “We don’t want people to make any unwanted purchases by any means.”

Iconix’s consumer base has bought into the digital world of the 35-year-old Strawberry Shortcake brand. While the company continues to ramp up plans in the interactive realm, Roberto suggests that more announcements are on the way on the broadcasting front, although he remains tight-lipped.

“It’s been a good journey for us and we’re excited for things to come,” he says.