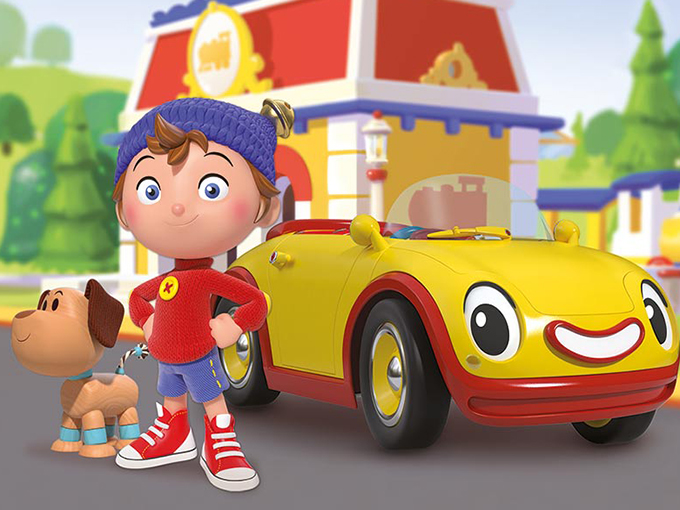 Promotional stunts supporting the launch will include costume character appearances in the Milkshake studio from April 18 to 22, Noddy competition prizes for viewers and a dedicated Noddy, Toyland Detective section on www.milkshake.tv that will go live in tandem with the TV launch.

Scheduled to air every weekday morning in Milkshake’s 7:50 a.m. timeslot, the series re-imagines of one of the most beloved UK children’s characters, created in 1949 by author Enid Blyton.

The 52 x 11-minute program made its television debut earlier this month on France Télévisions’ preschool block Zouzous, 61 years after The Adventures of Noddy first appeared on TV screens.

Noddy, Toyland Detective puts the iconic character, voiced by Louis Ashbourne Serkis, in a new role as an investigator of mysteries in Toyland. Joined by new friends and familiar faces in Big Ears, Bumpy and trusty sidekick Revs, Noddy’s famous car, the show encourages kids to make discoveries of their own in the real world.

Gaumont Animation is distributing the series in France and French-speaking Europe. DWA owns the IP and retains global distribution and L & M rights for the property.

The launch arrives as Clair Robinson is currently serving as interim head of children’s for Viacom-owned Channel 5 until a replacement is found for Jessica Symons, who left the broadcaster in February.