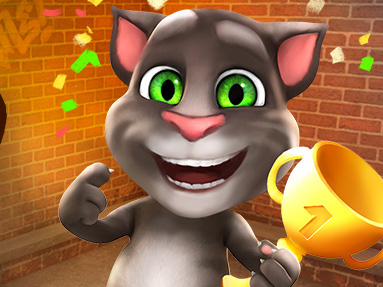 The new app will look to replicate the success of its predecessor, which had more than 350 million downloads and launched a global franchise.

Outfit7′s popular Talking Tom Cat app, which has garnered more than 350 million downloads since it burst onto the scene six years ago, is back with a contemporary 3D look, new animation and improved child-safety features.

In the re-imagining of the virtual feline, kids will see Tom’s hilarious reactions to eating hot and cold foods, such as chili and ice cream.

As part of the upgraded app, Outfit7 has built in additional safety elements that include the removal of banners and interstitials. Additionally, kids are not able to leave the app via ads, and they will not be exposed to paywalls once the child mode setting is on.

Overall, the Talking Tom and Friends suite of apps has amassed more than 3.6 billion downloads and boasts more than 250 million active monthly users.

The success of the original app spawned a movie deal, a global licensing program and the 52 x 11-minute series Talking Tom and Friends.

To date, the series has been viewed more than 470 million times on YouTube and on the YouTube Kids app, where it was one of the flagship brands to launch with the app last year. Airing weekly, the CGI-animated series stars voice actors Tom Kenny (SpongeBob SquarePants) and Colin Hanks (Fargo).