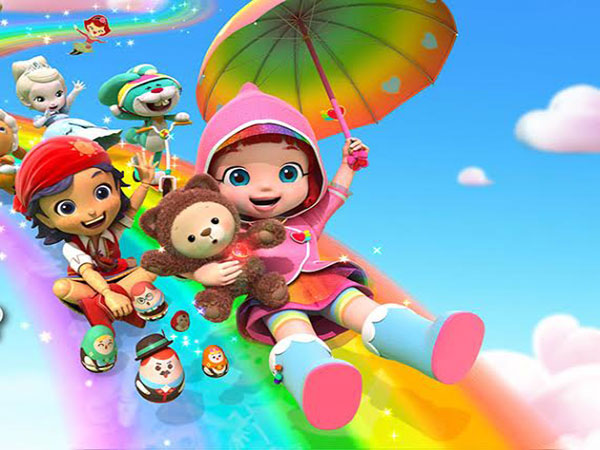 CJ E&M’s CGI-animated preschool series Rainbow Ruby is at the center of the global girls’ education initiative, which will use child-friendly characters from the series to help address the lack of access to quality education faced by girls in developing regions.

Rainbow Ruby, which is the first original global animated series created by CJ E&M as a co-production project with China Entertainment, follows a six-year-old girl who transports to Rainbow Village and sees her toys come alive. Throughout the series, the titular character undertakes different professions, and she also brings awareness to the realities that girls and young women in many developing regions may face due to their lack of education.

As part of its ongoing collaboration with UNESCO, CJ E&M will expand its media campaigns for girls’ education to TV channels around the world, which will air Rainbow Ruby. (Broadcasters have yet to be announced. The series is distributed by DHX Media in the US, Canada and EMEA, excluding France.)

Additionally, CJ E&M will work with UNESCO to develop Rainbow Ruby-themed apps and virtual reality content that aim to further the advancement of girls’ education globally. A share of the sales from Rainbow Ruby character products will be contributed to the UNESCO cause.

The collaboration marks the first time that Better Life for Girls has tapped into an animated series.