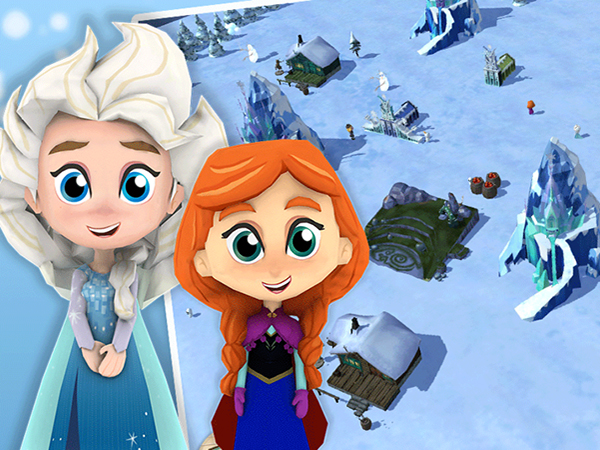 As Disney’s latest feature film Zootopia breaks box-office records, the company is making sure attention is still being paid to smash-hit Frozen, too.

The app is available for US$3.99 in the Apple App Store, Google Play and the Amazon Appstore. It lets players create and customize the North Mountain, the Forest, Troll Valley, Arendelle Castle and the town of Arendelle with different colors, roofs, chimneys and more. Once a building is completed, players are rewarded with magical snowflakes that create props, such as snowmen, trees and lakes.

After players have built a collection of snow globe creations, they can then shake them up to see an Arendelle snowfall. They can also tap their device’s camera to take a flying tour over their creations. Additionally, Frozen characters Elsa, Anna, Olaf, Sven and Kristoff play along and add musical themes to the world. They also accompany players on mini-missions.

Following its big-screen debut in 2013,  Frozen went on to break records across the kids entertainment business. The film grossed more than US$1.27 billion at the global box office, and with more than three million role-play dresses being sold in North America alone to date, the franchise continues to have a postive impact on Disney Consumer Products’ bottom line, as well as the global licensed toy industry as a whole.