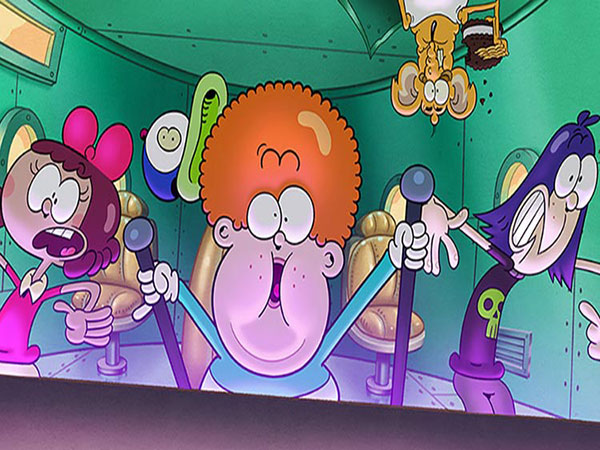 In the comedy-adventure series Country Club, Cricket Green is a mischievous and optimistic country boy who moves to the big city with his family. His curiosity and enthusiasm leads his out-of-place family on epic journeys and into the hearts of new neighbors. The executive producer team is comprised of Emmy Award-winning director Rob Renzetti (Gravity Falls) along with comic book creators and brothers Chris and Shane Houghton (Harvey Beaks).

Both produced by Disney Television Animation (TVA), the series are slated to launch in 2017 and 2018, respectively.

Disney has also ordered the third season of Star vs. The Forces of Evil from creator Daron Nefcy, as well as a second season of the short-form comedy Two More Eggs from web animators The Brothers Chaps (Mike and Matt Chapman).

Nefcy executive produces the series, which was the second-ranked Disney XD animated show for kids ages two to 11 and six to 11 in 2015. To continue expanding the story’s universe, a hardcover book created by Nefcy and Disney Press, entitled Star vs. The Forces of Evil: Star and Marco’s Guide to Mastering Every Dimension, will be released in 2017.

As for Two More Eggs, the eclectic series of original cartoon shorts produced by The Brothers Chaps (Homestar Runner), in association with Disney Television Animation, incorporates a variety of the company’s signature animation techniques, including flash, computer-generated imagery and animation mixed with live-action.