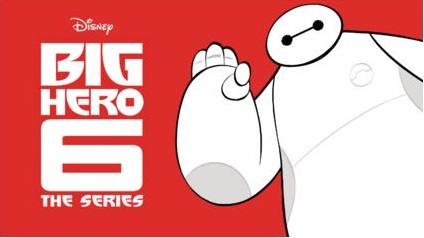 Based on the Oscar-winning feature film of the same name, a new Big Hero 6 series is headed for the small screen.

Big Hero 6, the 2015 Oscar winner for best animated feature film from Walt Disney Animation Studios, is being adapted into an animated TV series.

Targeting kids, tweens and families, the series picks up where the movie left off and will continue the adventures and friendship of the Big Hero 6 superhero team, which is based on a Marvel comic book series of the same name.

The series follows 14-year-old tech genius Hiro, the new prodigy at San Fransokyo Institute of Technology, who faces academic and social challenges on campus, while outside of school he battles with his fellow super heroes to protect their city from scientifically enhanced villains.

The series is being executive produced by Mark McCorkle, Bob Schooley and Nick Filippi, all of whom worked together on the animated Disney comedy series Kim Possible and have racked up a few Emmy Awards between them. Filippi is also serving as supervising director.

Disney Television Animation is currently in production on the series, which will debut on Disney XD platforms worldwide in 2017.

According to Box Office Mojo, Big Hero 6 took home more than US$657 million at the global box office.