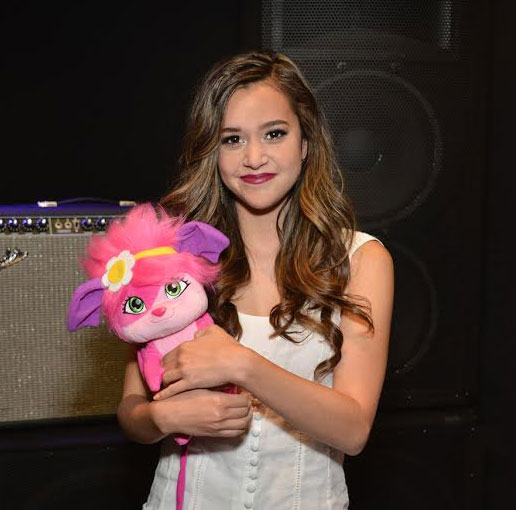 Nicole makes her animated debut as Squeaky Pop in the episode “Fallen Pop Idol” and will also lend her vocals to the new Popples original song, “Together with My Friends,” which can be pre-ordered now or downloaded from iTunes and Amazon as of March 4.

Originally launched as a toy line in 1985, the rebooted IP follows the wacky on-screen adventures of the BPP’s (Best Popple Pals), Bubbles, Sunny, Lulu, Izzy and Yikes. A unique species of creatures, Popples are able to pop into and out of balls and roll around their city of Popplopolis at will.

In “Fallen Pop Idol,” which premieres worldwide on Netflix on March 11, famous pop star Squeaky Pop comes to Popplopolis for a concert. Her biggest fan Bubbles is chosen as her personal assistant, but Squeaky Pop soon turns out to be more than she bargained for.

With more than 3.5 million subscribers and nearly 700 million views on YouTube, singer and songwriter Nicole is known for her mix of original pop songs and catchy music video covers. Since rising to fame on YouTube in 2009, she released her debut album Escape in 2014 before embarking on her nationwide tour. She is currently working on all-new music, which is expected to be released soon.

Popples plush, meanwhile, are currently available at Walmart in the US, and master toy partner Spin Master will be releasing additional plush, figures and playsets this fall.