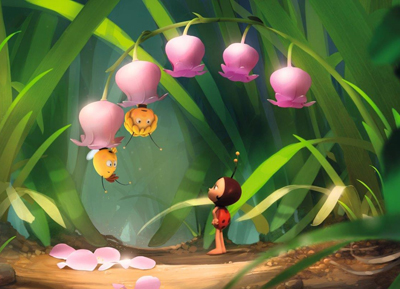 Multimedia company Shout! Factory and Germany's Studio 100 Media have expanded their distribution alliance through a multi-picture deal for upcoming Maya the Bee films.

Multimedia company Shout! Factory and Germany’s Studio 100 Media have expanded their distribution alliance through a multi-picture deal for upcoming Maya the Bee films.

As such, Shout! will plan a strategic rollout of the new films, beginning with the first sequel, Maya the Bee 2 – The Honey Games in 2017 through Shout’s kids & family entertainment imprint, Shout! Factory Kids.

Additional production details will be announced by Studio 100 Media and Shout! in the coming months.

The 2014 animated feature Maya the Bee – Movie, based on the children’s novel and popular animated series in Europe, Australia and Asia, was produced by Studio 100 Media and Buzz Studios in association with Flying Bark Productions.