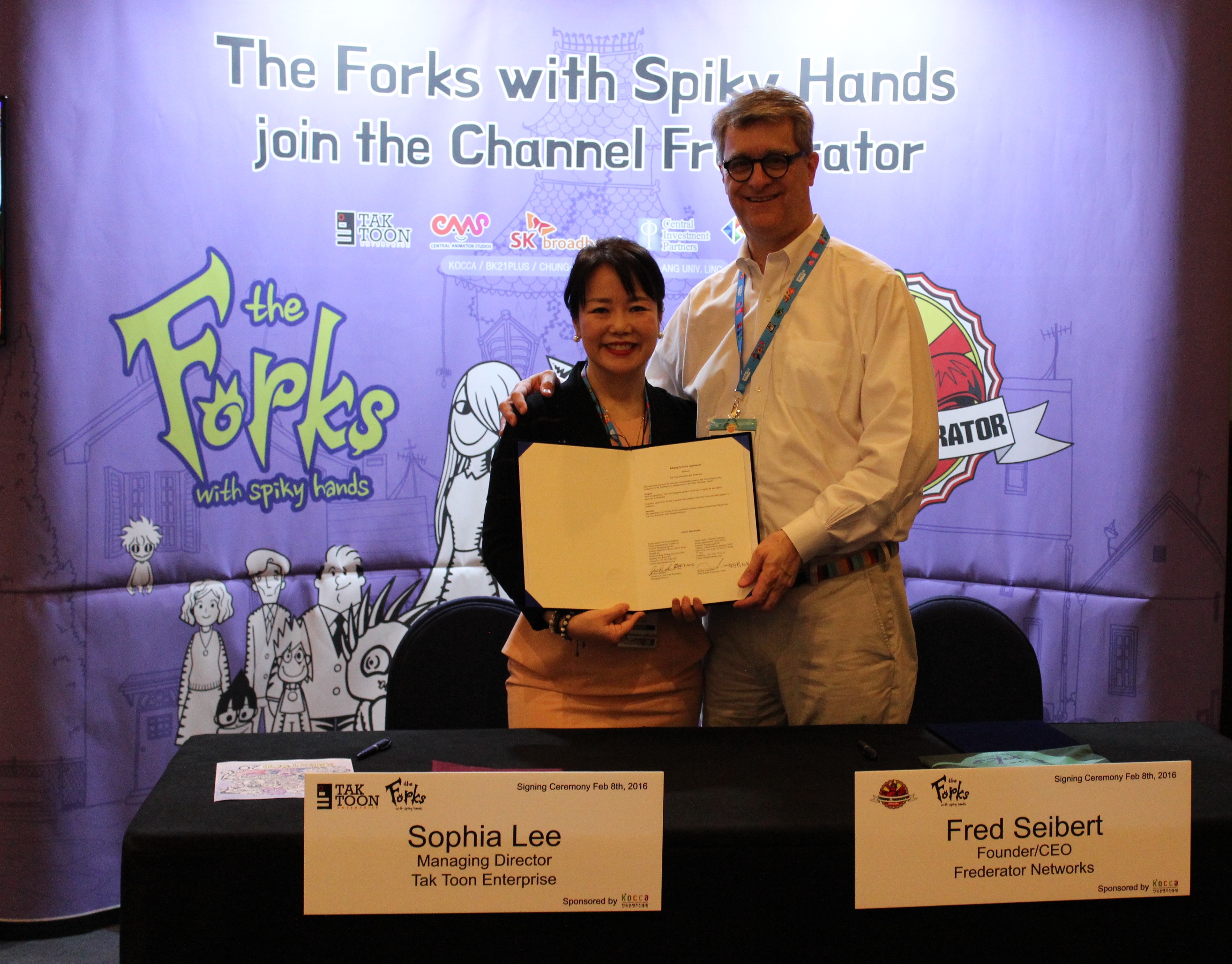 Tak Toon partners with Frederator on The Forks with Spiky Hands

The partnership, according to Tak Toon, marks the first time an English-dubbed animated comedy for general audiences from Korea will head to a US network.

First introduced at the Asian Animation Summit in 2014, The Forks with Spiky Hands is based on the popular Korean web comic Tilly the Spiky Hands, which follows the adventures of a little girl with sharp, pointy hands who longs to become a heroine in a scary story.

The 260 x two-minute animated series will expand the comic to include more about Tilly’s quirky family, friends and neighbors. For example, Tilly’s dad, Mr. Fork, is a public official who, despite his scary mask, is a kind, loving soul. Other characters include Mrs. Fork, a cupcake fiend and problem solver, and Tilly’s younger brother Chaby, a troublemaker who can communicate with animals.

Described as an Addams Family-meets-Simpsons concept, The Forks with Spiky Hands and its unique design first caught the attention of Frederator founder Fred Seibert at last year’s Kidscreen Summit.

To improve the packaging of the series’ universal themes for the American market, Tak Toon has been working with Larry Huber, a former animation executive producer at Nickelodeon, since AAS 2014.

In November 2015, Seibert agreed to a deal after viewing the English-dubbed versions of the first 52 episodes. An official signing event (pictured) took place at this week’s Kidsceeen Summit in Miami. The series features enough content for two new episodes to be uploaded to YouTube every week for three years.

Tak Toon, which also produces the stop motion animated series Galaxy Kids for KBS in Korea, expects to grow a licensing program for the IP as the series rolls out.