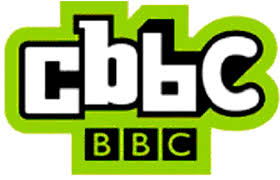 A shortlist has been whittled down from more than 300 entries for CBBC and BBC Worldwide's inaugural animation pilot scheme, ANIM8, which is on the lookout for the UK's next biggest toon.

A shortlist has been whittled down from more than 300 entries for CBBC and BBC Worldwide’s inaugural animation pilot scheme, ANIM8, which is on the lookout for the UK’s next biggest toon.

The nationwide search, which launched in November 2015, invited pitches that appeal to a demo of six- to 12-year-olds from animators, writers, designers and storyboard artists. Following an assessment of all entries, CBBC and BBC Worldwide have announced eight properties that will be taken forward to the next stage of the development process.

With the support of CBBC and BBC Worldwide, the eight entries will be assessed again in March, and successful entrants will then be taken through the next steps of the multi-stage development process, including a pitch to the CBBC and BBC Worldwide teams, culminating in the announcement of the project being taken forward to pilot stage in April.