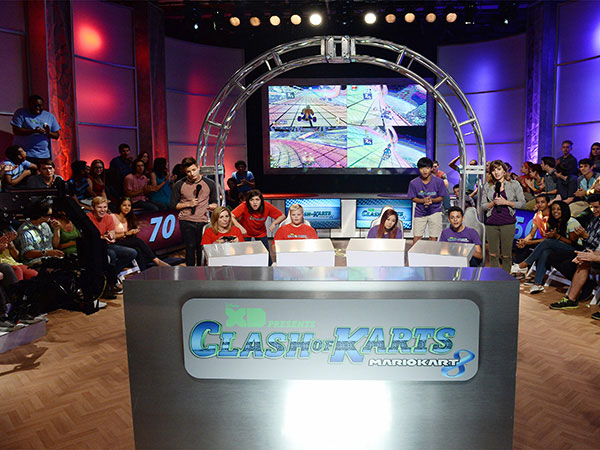 How Disney XD is foraying into eSports programming for kids with help from Nintendo.

In May 2015, eSports was officially added to Dictionary.com so the entire world would definitively know what a competitive video game tournament for pro gamers is called. The selection was particularly timely considering how popular eSports has become as a new business.

According to research firm Newzoo, there are 226 million eSports fans around the globe today and it projects that there will be 323 million by 2018. In terms of revenue, digital games research company SuperData valued the total global eSports market at around US$748 million in 2015. And it’s pegged to reach US$1.9 billion by 2018.

While live-video streaming sites Twitch and YouTube Gaming continue to lead the way on the viewing front, traditional television is beginning to catch up and recognize the massive potential this business holds for mainstream entertainment programming, sponsorships and advertising.

Disney-owned ESPN had previously disavowed eSports coverage, but changed its tune in 2015 with the airing of Heroes of the Dorm, a special where young competitors battled in Blizzard’s Heroes of the Storm for a chance to win tuition fees. Turner’s TBS is also getting in on the action with plans to launch a Counter-Strike: Global Offensive eSports league and competition show later this year.

With the credibility of eSports rising and gaming increasingly permeating the lives of today’s kids, Disney XD decided 2015 would be a good year to experiment with
eSports programming and thus partnered with Nintendo on two of its three new gaming-related programs.

Last January, the kidsnet greenlit Gamer’s Guide to Pretty Much Everything (pictured below), a live-action sitcom that follows the life of a 15-year-old who is forced back to school after an injury takes him out of the pro-gaming circuit.
The series premiered last summer to strong ratings and has since been picked up for a second season.

“Video games are a big part of kids’ lives, including our target audience of kids six to 11, so over the past couple of years we’ve been looking at ways to integrate gaming through both traditional and non-traditional platforms,” says Marc Buhaj, SVP of programming and GM at Disney XD.

Then when Disney XD caught wind that Nintendo was reviving the Nintendo World Championships eSports event for a 2015 live competition in L.A. before the E3 trade show, Buhaj knew it would make sense for the channel to partner with the company and acquire an hour-long special.

“There is a lot of great storytelling that lies not only within games, but also with the gamers themselves…”

The event brought 16 gamers together to compete individually and in teams across a number of new and old Nintendo titles, including Super Metroid for Super NES, The Legend of Zelda for NES, and Splatoon, Super Smash Bros., Mario Kart 8, and Super Mario Maker for Wii U.

“The games being played made sense for us, because Nintendo games are credible with gamers and have comedy as a base in much of their content, which is important to us—and they are also kid- and family-friendly,” says Buhaj. “The teams at Nintendo and Toronto’s B-Minors did a great job, and the October 16 special performed well for us both across the hour and in repeats.”

For Nintendo, the company was excited to have Disney XD on-board to bring the unique event to a broader audience.

“We think the combination of our deep catalog of characters and games and the best often never-before-played experiences with the drama of high-level competition makes for really compelling, mass-appeal entertainment that is unique to Nintendo,” says a company spokesperson. “That combination unlocks the imagination of kids, parents, professionals and amateurs alike.”

The success of the special soon led to the companies’ next joint TV project, Clash of Karts: Mario Kart 8.

The special, co-produced by Mess Media, debuted on December 5 at 8 p.m. And according to Buhaj, it held its audience across the hour-long format, despite the fact that it was introducing a whole new genre.

For Nintendo and Disney, Mario Kart 8 proved to be the perfect title for a single game competition.

“We quickly landed on Mario Kart 8 because we knew the game’s hilarious and chaotic nature, combined with the skill and strategy necessary to win consistently, would make great, accessible entertainment,” says Nintendo.

As for the significance of including some of today’s hottest young YouTube influencers in the format, Buhaj says it added to the authenticity of the special.

“It was important to have the best eSports competitors, because many of these prominent gamers are slightly older and have earned their stripes in gaming over time,” he says. “Having the teens coached by the influencers added an aspirational dynamic,” he continues. “You got to see kids interact with people they were already familiar with. There’s also a real nice camaraderie within the gaming community that was showcased by the interaction among the coaches.” 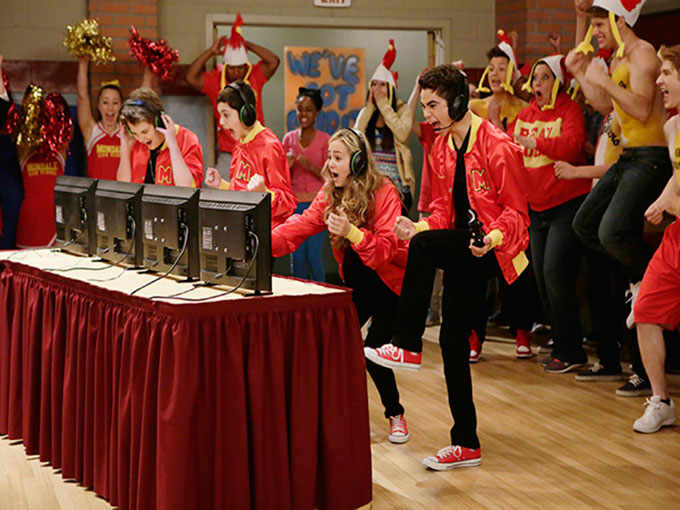 eSports sitcom Gamer’s Guide to Pretty Much Everything

As Disney XD and Nintendo create some early wins for eSports and younger kids, the future of the business will be bolstered by new investment.

Recent power plays saw Activision hire the former CEO of ESPN, Steve Bornstein, to lead its newly created eSports division, and EA launch a competitive gaming division of its own.

Buhaj welcomes the competition. “I think these examples shine a light on the growth around eSports as a whole, and with that, I think more opportunities will come,” he says.

“I certainly see the business growing rapidly and also some eventual consolidation—not unlike the growth of any new broad sport as professional bodies, competitors, management agencies, games publishers, broadcast partners and fans find their places.”

For Disney to remain successful with its gaming strategy, Buhaj says projects need to be authentic and feature great, quality storytelling.

“There is a lot of great storytelling that lies not only within games, but also with the gamers themselves and their sense of community,” he says.

“The biggest challenge is that it is a new area, so there have to be some risks taken and an element of experimentation to see what resonates, but I view that as an opportunity, as well. The industry as a whole is extremely active, and I’m excited to see what lies ahead for eSports and entertainment gaming.”